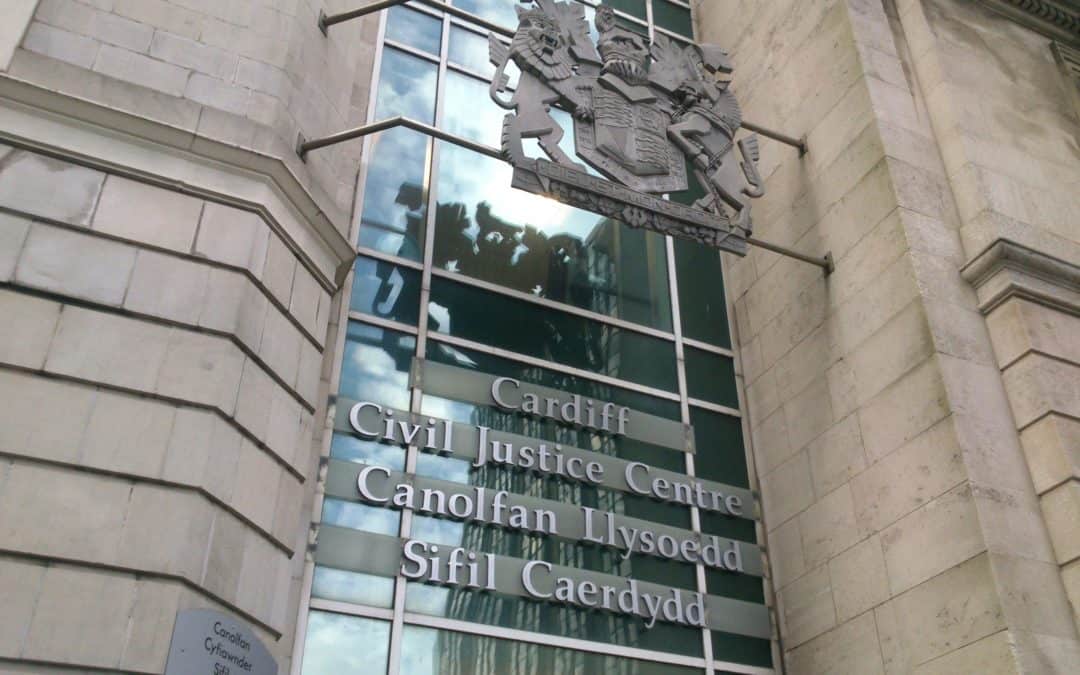 Earlier this month, I had my first opportunity to attend the Family Court under the legal blogging pilot, Practice Direction 36J.

I’d had some correspondence with the judges in the court nearest to me, Cardiff (which hears cases from numerous local authority areas in south Wales), about what types of hearings might have elements of public interest. I planned to attend a final hearing in care proceedings that was listed in front of HHJ Mererid Edwards for several days. Whether I would have been to write anything would, of course, depend on whether any information in the proceedings prompted me to apply to the judge to lift any of the usual section12 reporting restrictions, and whether any parties then objected to that. I had at the ready all the required forms and a copy of the practice direction, plus (in case I was asked any technical questions) a copy of the practice handbook I have co-written with fellow-TP trustees, Lucy and Paul.

Feeling a little nervous, partly because it’s decades since I appeared in court when I was a practising solicitor, and partly because of all the horror stories one sees on twitter about the heavy security presence making you pour out every item in your bags etc., I went along to court to speak to the judge about what might be possible in the way of attending and publishing. We’d been able to build in time to do this before any parties arriving. The last thing I wanted was for legal blogging to cause delay or add to anxieties.

First of all, the security guys were completely fine, low key and friendly – both first thing and when I returned after a quick break at lunchtime. Secondly, the judge’s clerk, Matthew Morgan, was very helpful, smoothly factoring in my presence with an apparently miraculous talent to be in several places at once with the right bundle or piece of paper to hand for the judge and shepherding numerous family members. This is obviously a job requiring considerable sensitivity.

The original plan was, however, reconfigured because the final hearing that had been listed for that week was adjourned, pending an appeal regarding an earlier finding of fact. HHJ Edwards had set time aside to meet a child involved, so instead, this time was utilised by all parties and their lawyers in that case, at short notice, coming to court to sort out the new timetable and directions.

Three other cases were dealt with that day. I was able to sit though all these. Before each hearing began, either HHJ Edwards or Matthew Morgan (as appropriate) informed everyone that I was sitting in as an observer and asked if anyone had any questions or objections about that. No one did.

One hearing was an adoption order. I don’t need to publish any details about this to be able to say that a good deal of effort was put in to checking that the birth parents had been fully informed of the hearing arrangements in good time. Extra checks were made to see that they weren’t present anywhere in the building. Only the two social workers were present, but the judge delivered a fully reasoned judgment when making the adoption order. It’s now customary to hold a later separate ‘celebration’ hearing for the adopters and child to attend. A great deal of attention was paid to listing the celebration for a time there would be no other hearings in the building where care proceedings were ongoing and other families were facing issues of loss and separation.

There was a secure accommodation case. Again, I don’t need to publish any details. There was no disagreement amongst any parties about the need for the placement. The entire hearing included the young person, subject to the application, via video link (the unit was too distant to make it practical for them to attend in person). When the hearing was finished and the judge returned to her room, the video link was kept up to give a chance for the adults related to the young person to move closer to the screen and have supportive (semi-private) personal conversations.

Another hearing was a private law child arrangements application that had become complicated with a child protection referral; it involved three adult parties, only one of whom was legally represented. One really interesting thing about this situation was that, to make any progress, the one barrister had to convey the position of all three parties to the judge. I’m not suggesting at all that he was straying from a robust argument and forensic examination on behalf of his own client, nor that this was a disadvantage to the other two parties or the child. There were some important legal points to be clarified as well as ensuring the child was safe. However, the exercise seemed more one of creative thinking and skilful negotiation by the judge and the barrister, rather than hard law. Why can’t a case like this be solved more quickly and cheaply by mediation then? (Answer: because only a judge has the authority to make it happen.)

Although some cases did have lawyers present, I noticed throughout all of them the efforts the judge made to explain everything plainly to the parties. She also explicitly praised good social work and thanked practitioners who had gone the extra mile (which seemed to be nearly everyone) and was vigilant in checking continuity of the named professionals with the children who knew them.

As I was leaving, a new emergency was coming in that required international phone links and was about to be listed for first thing next day. It’s worth noting that four cases, involving about half a dozen children, had taken up an entire court day, and only one of these hearings was a final one. While case management and avoiding delay seemed to be at the forefront of everyone’s thinking, the impact of stretched resources when making interim directions was painfully clear.

I learnt a lot from this overview of the day, and the pre-arrangement meant my legal blogging presence seems to have gone more smoothly than some of my TP colleagues’ experiences. However, we’d be interested in views on whether this sort of ‘routine’ coverage is going to contribute to the improvements in accountability envisaged under the pilot. On the one hand, some might think that bloggers just ‘dropping in’ could be more revealing than attending by prior agreement but, on the other, there is then less chance of catching an interesting case, let alone being able to write anything.