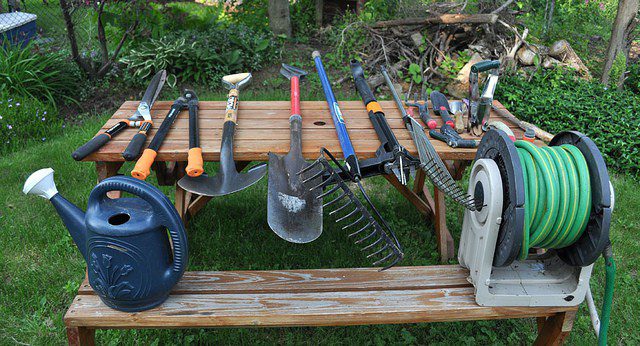 Monday night’s FJC (online) event was billed as exploring the report and recommendations of the expert panel on Assessing Risk of Harm to Children and Parents in Private Law Children Cases [June 2020].

The (short) ‘final’ report of the working group charged with reform of private law more generally was also released in the run up. It’s helpful to read this and the Family Justice Board Statement (as well as the government Harm Report implementation plan) alongside each other.

The event was introduced by Sir Andrew McFarlane, President of the Family Division and Chair of the Family Justice Council. It was chaired by Mr Justice Williams, family High Court Judge, deputy chair of the Family Justice Council, and member of the FJC Domestic Abuse Working Group. It featured short presentations by panel members followed by answers to pre-submitted questions chosen in advance. I don’t know if there was time in the end to also answer any questions from the chat bar as intended as the earlier sections ran over a bit and I had to leave. But the whole event was recorded as always by the FJC and we’ll link to the recording when we see it up on the FJC site. [UPDATE 070121 HERE IT IS (AT): https://www.judiciary.uk/related-offices-and-bodies/advisory-bodies/fjc/conference-debates/forum/]:

Sir Andrew welcomed the publication of the Harm Report; reminded us that it’s an indicator of a strong system that it is prepared to allow a mirror to be held up to it; and acknowledged the findings that the family justice system as a whole is failing to properly appreciate or act to protect those turning to it for protection. He told us he was clear that there was something for all of us to learn from it and certainly for the judiciary to learn, and that embedding the findings of the Harm Report was now a key priority for the Family Justice Reform Implementation Group and its subsidiary the private law working group.

Here’s some of what was said (much reduced and heavily paraphrased in advance of the full recording):

Lorraine Cavannagh (on getting on and ‘tidying up our own backyards’)

Cavanagh spoke of the uncomfortable journey for individual Family Justice System professionals from defensiveness to re-education requiring an acceptance that some prior practice may have not been good enough. Of the pride she and others have in the family justice system they have spent their careers in and the considerable good it does but the need nevertheless to recognise where it has been failing families too. She spoke openly about tensions at times within the Harm Report panel, not so much on the substance of the report findings but on some of the language and other decisions.

She spoke too of having had to question her own historical practice: Had she really always adequately challenged outdated values of how typical victims behave or present? Correctly advanced the law on sexual crimes? Or advanced the courts understanding sufficiently of coercive control?

She called for dialogue among Family Justice System professionals for the messages from the Harm Report to truly become embedded in practice. And identified some concrete measures practitioners can adopt now to improve practice on the ground without waiting for the outcome of longer term reform steps.

She emphasised that individual legal professionals reading the Harm Report and literature review in full for themselves was the key starting point. She also flagged the following for ‘tidying up your own back yard now (if you will):

[See also Jack Harrison at the Transparency Project on making better use of the vulnerable witness measures more generally in the context of two court of appeal decisions involving cognitive vulnerability].

[Mr Justice Williams also flagged forthcoming conjoined appeals due to be heard by the Court of Appeal in January 2021. The Telegraph (sorry paywall) report that guidance is anticipated on how allegations of rape and coercive control should be approached].

Scott Schedules – Reducing the incidence of abusive events means, in truth, a reductive approach to a complex narrative said Cavanagh. Where someone has given all that time to tell the story, to reduce that to a forensically useful tool just isn’t serving to get to the truth. Not one professional at the round table thought scott schedules were a productive tool to get to the truth of the matter. She referred also to dicta from Peter Jackson LJ in R v P (Children: Similar Fact Evidence) [2020] EWCA Civ 1088 (18 August 2020) (See Para 22).

Barcoe told us that Ministers see ensuring a proper evidence base and ensuring real change, beyond a paper exercise as twin priorities.

Among other reform initiatives underway, Barcoe confirmed researchers are being appointed now for the review of the presumption of parental involvement, and that this will start with research and listening, including on how other jurisdictions are doing this. He confirmed that work has begun to design the pilot model for testing an investigative model through a new 3 stage process (an initial investigative information gathering stage; an adjudication stage; and then a review stage), with children’s voices embedded throughout. The pilots (Covid delayed) are for launch in 2021, with ongoing evaluation, and intended roll out in 2022.

Resource constraints – The Harm Report identified severe resource constraints as a major contributor to systemic failures. Hunter (along with other panelists) emphasised the need to address a chronically under resourced family justice system to change the systemic minimisation of domestic abuse the Harm Report identified. (Resource constraints flagged included availability of court time, judicial resources, lack of legal aid and legal representation for litigants, and lack of Cafcass availability to support victims and perpetrators programmes). The three other fundamental barriers being the [so called] pro contact culture, adversarial model and silo working of the family justice system. She emphasised the need to address each of the big four to achieve change. She said tweaking around the edges won’t do it, and this is why previous – genuine – efforts to reform struggled to make real progress.

The adversarial model – She told us the model is particularly unsuited to working  out what is going on so as to accurately identify risk and harm so as to safeguard children from abuse. It focuses too much on the adult dispute rather than what is actually going on for the child. And with increasing numbers of self represented litigants, the whole burden of demonstrating risk and harm is wrongly placed on the shoulders of the vulnerable victim of DA. Resource restraints, delay, lack of judicial time and continuity, silo working and the impact of finding of fact hearings all feed in.

Silo working – Hunter says the court ends up deliberately excluding information due to time and capacity and sometimes due to the inability of litigants to produce it. Such evidence or information as could be available to assist court such as via agencies who know the family is often not drawn upon. Inconsistencies between public and private systems, family and criminal systems, and Family Law Act and Child Arrangement Order proceedings feed in. What is required is a more holistic approach, in turn producing much better information for the court.

A pro contact culture – Hunter said she is often asked why call it a culture when it’s the law. (Court of Appeal case law requires contact to be promoted as far as possible. The presumption of parental involvement must be followed by the court). This was true said Hunter, but the law also says courts must be mindful and concerned about safety and risk of harm. The presumption of parental involvement involves weighing subsection 1(6) exceptions and PD12 J alongside Court of Appeal case law. Whilst the law emphasises the important of contact, family life and safety, it’s the culture of the family courts that prioritises the former.

In response to a Transparency Project question she was clear that the Harm Report proposals for a more investigative process are specifically not limited to domestic abuse cases but potentially applicable to all Child Arrangement Order applications. Not least because it is part of the complexity that abuse cases are simply not neatly identifiable discreetly in all cases from the outset.

Eleri Butler – Highlighted threads from the lived experience featured in the literature review by Adrienne Barnett alongside the Harm Report, in particular those narratives that told of a culture of minimisation or disbelief and of silencing children’s voices. A full read of the literature review is recommended.

This panelist contextualised the Harm Report findings within other private law reform initiatives and told us the private law working group had specifically suspended their final recommendations to incorporate the findings of the Harm Panel. He referenced the Family Solutions Report on the pre court space, the MOJ strand on returner cases and Cardiff University research on the socio economic status of those accessing the family courts within the reform programme. Cobb J acknowledged that the Harm Report makes for very uncomfortable reading for those in the FJS, emphasised that no one agency was to blame and made clear that whilst under resourcing is key it’s important also not to hide behind that. He hoped that Judges would look with with new insight at the need to read the s.1(2) (a) presumption with s 1(6) CA 1989 and the complexity of holding the tension between each in practice. He emphasised the positive impact of judicial continuity that emerges from survivor accounts, the problem of insufficient time for judges processing cases, and the need for a much stronger commitment to adequate government resourcing of the family courts.

The event felt like a long overdue formal response on behalf of the FJS as a whole to the importance and validity of the Harm Report findings. My sense from observation was of a concerted attempt to manage and reconcile various continuing tensions going forward: From the choice of language when dealing with civil findings sought of rape / non consensual sex, to the respective roles of under resourced councils and Cafcass in assessing and addressing risk of harm from domestic abuse, to the MOJ’s suggestion that ministers still seek to balance tensions between a need for an adequate evidence base with acting now on reform. Additionally, there seem to be tensions between acceptance of the central messages from the Harm Report and moving beyond defensive professional responses and wholesale adoption of its narrative, language and evidence base. Hunter, Bercoe, Cobb J and others inevitably seemed to struggle at times to hold the space between the perceptions of some within the Family Justice System and those of some within the lived experience / domestic abuse specialist sector. Cobb J and Cavanagh engaged helpfully with the continuing discomfort within the sector and professional defensiveness. And there was plainly genuine consensus across the MOJ, domestic abuse specialist sector and FJS players on the urgent need for both reform and unity – on how the family courts operate generally and in response to domestic abuse. That consensus was visible perhaps above all in the united view that real reform for children and families at risk of harm is unachievable without resourcing the FJS to make the changes.