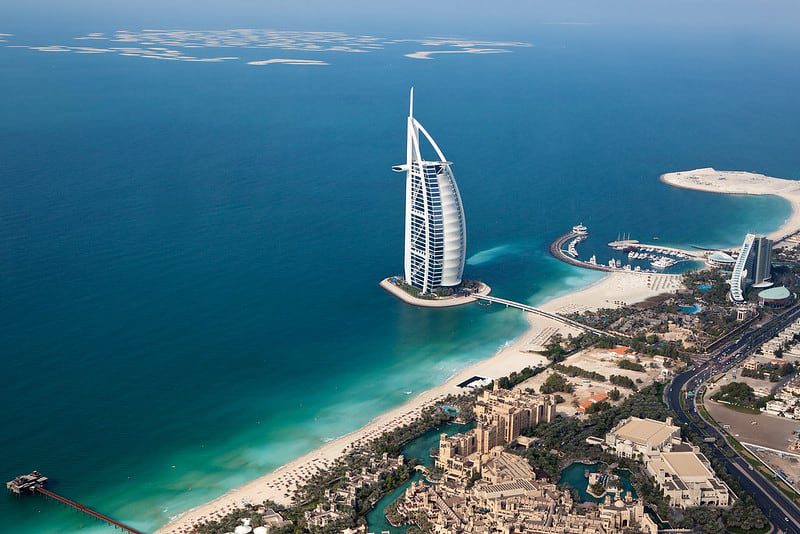 There’s been an enormous amount of publicity about the case of Sheikh Mohammed bin Rashid Al Maktoum and his sixth wife, Princess Haya bint Al Hussein, since the judgments were released yesterday. Sheikh Mohammed is the head of state of Dubai and has strong connections with the UK, apparently owning large amounts of land and businesses here. He has been in dispute with his wife regarding their children for nearly a year, but only limited information about the case had been allowed to be reported by the news media (who have been attending hearings), until yesterday. In one of the judgments, now published, the President of the Family Division, Sir Andrew McFarlane says that the court’s deliberations:

… may well involve findings, albeit on the civil standard, of behaviour which is contrary to the criminal law of England and Wales, international law, international maritime law, and internationally accepted human rights norms. [para 29]

Unsurprisingly, there has been somewhat of a ‘media frenzy’, as predicted by lawyers acting for the father.

In this post we’ll try to explain just the family court and transparency aspects of the case. The judgments can be read on the Judiciary website here.

In April 2019, the mother and her two children, now aged 12 and 8, travelled to the UK from Dubai and shortly afterward the father issued an application in the High Court that the children should be returned to him in the UAE. In July, the mother issued applications for the children to be made wards of court, and for a forced marriage protection order for her daughter, and a non-molestation order for her own protection. In November 2019, 17 barristers appeared in front of the President, in the fact-finding stage of proceedings about contact. By this point, the father had given up trying to have the children returned, but did want to re-establish contact with them. As wards of court, such decisions about the children are currently made by the High Court which was obliged to make findings of fact on allegations made by the mother before it could move on to a welfare decision about contact. The mother had offered interim contact that the court agreed to, but not on terms that the father accepted.

There were 16 points on which the court was asked to find for the mother i.e. that she had to prove to the court were true, on the balance of probabilities. Only if the court found these proved would they affect the welfare decision. These ‘boiled down to’ three assertions:

These claims by the mother were supported by a considerable amount of written and oral evidence from her and from witnesses  No evidence was submitted on behalf of the father, on the basis that, as head of a foreign state, he could not take part in proceedings in the English jurisdiction. His absence did not mean the court could simply accept everything the mother said. As Sir Andrew explained:

The fact that the father and his legal team have not appeared to take part in this process has no impact upon the burden and standard of proof facing the mother that I have described. That is so not only because it is a cornerstone of our civil jurisdiction but, in these wardship proceedings, where the court, separately to the parents, holds parental responsibility for these two children, the absence of one parent from the forensic field of play does not in any way reduce the court’s responsibility carefully to examine all the evidence and only reach factual conclusions if it satisfied, on the balance of probability, that they are proved. [paras 27 and 28]

After a lengthy analysis, he concluded that apart from some limited exceptions, the mother has proved her case with respect to the factual allegations that she had made and that all of the findings, demonstrated a consistent course of conduct over 20 years where the father used the very substantial powers at his disposal to achieve his particular aims. The President goes on to say that the next stage of the proceedings would be to evaluate the impact of these findings on the two children and, on that basis, to evaluate the risk of either or both of them being removed from their mother’s care and taken to Dubai against her will.

There is however a second judgment – Re Al M (Assurances and Waiver) [2020] EWHC 67 (Fam) – where Sir Andrew considered the position regarding potential problems in enforcing any orders that might be made against the father. This was because the mother had concerns that, as a head of state, he would ignore court orders made in another jurisdiction. The Sheikh gave number of assurances and waivers that were intended to assure her that he would comply. However, The President concluded that he was ‘… at present, unable to place any weight upon them in terms of regarding them as providing protection for the children from the risk of abduction within England and Wales.’

Attempts to stop publication of the judgments

On 27 January, the President heard a new application by the Sheikh, who objected to the two judgments above being published in any form. Normally, they would have been sent to the BAILII website and to official law reporters. Once on BAILII the news media would be subject only to any reporting restrictions that appeared in the rubric and their reporting from their attendance in court would probably also have been subject to some level of restriction. Normally, of course, the children would have been anonymised.  Broadly speaking, the mother, the children’s Cafcass guardian and nine media organisations all supported publication but the father did not. The President set out the relevant law and undertook the required balancing exercise between Article 8 and Article 10. He noted the especially strong Article 10 claim and the unusual position of a mother arguing for publication.  He accepted her argument that rather than media coverage exposing her and her children to unwanted publicity, it would be an opportunity for the record to be set straight.

On 28 February, the Court of Appeal heard an appeal by the father against that High Court decision. The father’s lawyers were, by this point, arguing that the children’s welfare was the court’s paramount consideration. However, the Court of Appeal avoided that tricky point by upholding the President’s clear decision that the children’s rights were best served by publication.

The Sheikh then applied to the Supreme Court for permission to appeal but this was rejected because there was no general point of law at issue.

Some passages in the judgments are redacted as they presumably give details about the children themselves, who are of course still under the High Court’s protection. Apart from the Cafcass guardian’s views on publication, the children’s voices do not feature at all, because they are not involved in any fact finding stage. They are old enough to be aware of publicity about their parents but, as the President pointed out, it would be impossible to effectively anonymise them in any meaningful publication. However, everyone seems to have strived to protect their privacy as much as possible and the guardian agreed with the mother that the children’s interests were best served by publication.

In the circumstances, the case seems unlikely to have any wider impact on family law. However, there are some very interesting aspects about publication and reporting restrictions in the Court of Appeal judgment, especially in the light of the ongoing transparency review, and we will probably be exploring this in future posts.

This case is extraordinary in a number of ways, including the fact that one party did not take an active part in any of the family law issues at all, but only on the issue of publication of the judgments. It is interesting that  the Sheikh, despite having an array of QCs in court, did not take any steps to contest the allegations made by his wife, but that his children’s welfare did become his concern as an argument for restricting reporting on the case. The final decision regarding contact between the father and the children is awaited, but it should be noted that the President emphasised throughout that there were hopes and attempts to arrange interim contact.