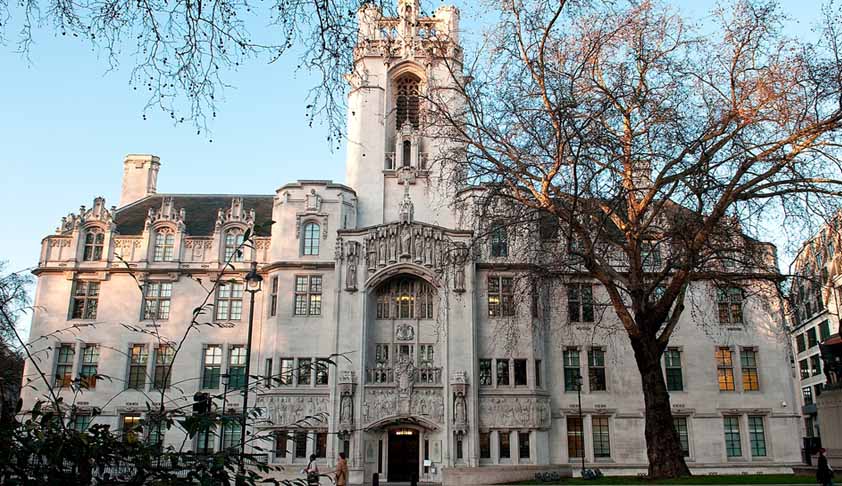 This is a guest post by Tom Wright, an associate tutor and PhD candidate in Media Law at University of East Anglia. This post first appeared on Tom’s blog, and we are grateful to him for permission to republish it here. This Supreme Court judgment is on a defamation case, not family law, but Tom refers to wider issues about victims of domestic abuse who feel the law can sometimes be used to threaten them if they speak out.

Stocker v Stocker [2019] UKSC 17 is the Supreme Court’s take on the most fundamental issue in defamation law – what do the words complained of mean?

Facts
The appellant (Mrs Stocker) and respondent (Mr Stocker) were married for over a decade, divorcing in 2012. Near the end of 2012 the appellant “befriended” the respondent’s new partner (Ms Bligh) on Facebook. During an ensuing exchange visible to Ms Bligh’s Facebook friends, Mrs Stocker alleged that Mr Stocker had ‘tried to strangle’ her, leaving red marks on her neck, following which Mr Stocker had been arrested, and that he had been arrested on other occasions as well.

Case History
Mr Stocker issued a claim for libel, claiming the words meant he had tried to kill the appellant. The judge accepted this was the meaning of the words and found Mrs Stocker had failed to justify them, granting judgment to Mr Stocker. Both parties gave evidence at trial of an incident in which Mr Stocker had laid his hands on Mrs Stocker. Mr Stocker claimed he was trying to cover her mouth to stop her shouting, Mrs Stocker claimed he squeezed her neck and feared he was going to kill her. Mitting J found that had Mr Stocker had put one hand on Mrs Stocker’s mouth to silence her while using his other hand to grip her neck, holding her head still. The result of this grip was to leave a red mark on her neck which was visible two hours later when police attended. (These conclusions were criticised by the Supreme Court but did not form part of the appeal so were left unaltered.)

In reaching his judgment Mitting J referred to the dictionary definitions of “strangle”. The Oxford English Dictionary offered two possible meanings: ‘(a) to kill by external compression of the throat; and (b) to constrict the neck or throat painfully.’ As he had concluded Mr Stocker had succeeded in constricting Mrs Stocker’s neck Mitting J ruled that the words “tried to strangle” could not be read in that sense, therefore “tried to strangle” meant Mr Stocker had attempted to kill Mrs Stocker. Accordingly, the defence of justification failed.
The Court of Appeal upheld the decision, accepting that dictionaries do not form part of the determination of meaning, but considering no harm had been caused as Mitting J only used the definitions as a check.

Issues
i. Whether the judge erred in determining the meaning of the words complained of, contrary to material adduced by the appellant as to the usage of the words to which he should have had regard
ii. Whether the Court of Appeal erred in its approach to the standard of appellate review of the determination of meaning

Judgment
The Supreme Court unanimously upheld Mrs Stocker’s appeal, finding that the judge, Mitting J, had erred in law by using a dictionary while determining the meaning of the Facebook post, failing to give proper account to the context. It is appropriate for an appellate court to substitute its view for that of the trial judge on meaning when the appellate court is satisfied the judge was wrong, or the judge reached the meaning through an error of law.
The use of the dictionary to confine the possible meaning of “strangle” to two stark alternatives had produced an ‘obviously anomalous result’. On the judge’s analysis the phrase “he strangled me” would produce a less serious allegation than “he tried to strangle me”. Contrary to the Court of Appeals view that Mitting J was merely using the dictionary as a check on meaning, he had consulted the OED prior to hearing any submissions on meaning and had formed a preliminary opinion based on those definitions.
When determining the meaning of a publication it is important to be conscious of the context in which the publication occurs. This was a Facebook post and it was necessary for the judge to bear in mind the casual nature of the medium, to be read more akin to a conversation than a carefully worded statement. By resorting to dictionary definitions to determine meaning Mitting J fell into legal error, a consequence of which was to usurp the fiction of the ordinary reader of a Facebook post, instead conducting an exercise seeking a logically deducible meaning.
Therefore, Mitting’s J decision on meaning could not stand and ought to be replaced by the Supreme Court. Taking into consideration the context of Mrs Stocker being alive and applying the test of the reasonable Facebook reader, the Supreme Court found the post to mean ‘Mr Stocker had grasped his wife by the throat and applied force to her neck’. In light of the amended meaning, the defence of justification should succeed as it was clear ‘Mr Stocker grasped his wife by the throat so tightly as to leave red marks on her neck visible to police officers two hours after the attack on her took place.’

Comment
In allowing this appeal the Supreme Court has delivered a welcome judgment. Most positively, this judgment upholds the free speech rights of a survivor of domestic abuse to speak of her experiences. Clumsy wording should not be grounds for a libel action when relaying such incidents. The importance placed on the context of a publication and the medium used is therefore encouraging, suggesting greater relevance should be placed on the impression conveyed to the reader rather than a forensic dissection of the language employed. While there is clearly still a place for more detailed linguistic arguments over meaning, it is unlikely such a discussion will lend itself to the growing body of social media libel cases.

It was a missed opportunity for the Supreme Court to address the right of women directly to warn others of abusive former partners. The judgment narrowly focuses on legal rules of meaning and appellate review, applying those rules to the facts of the case. Nevertheless, accusations which can be read in context as accurate should be defensible, and significance was given to the context of the publications when determining the meaning. Overall this is a resounding success for Mrs Stocker and a warning shot to those wishing to use libel actions to silence allegations of abuse.