Plan for publication of judgments by The National Archives: what will become of BAILII? 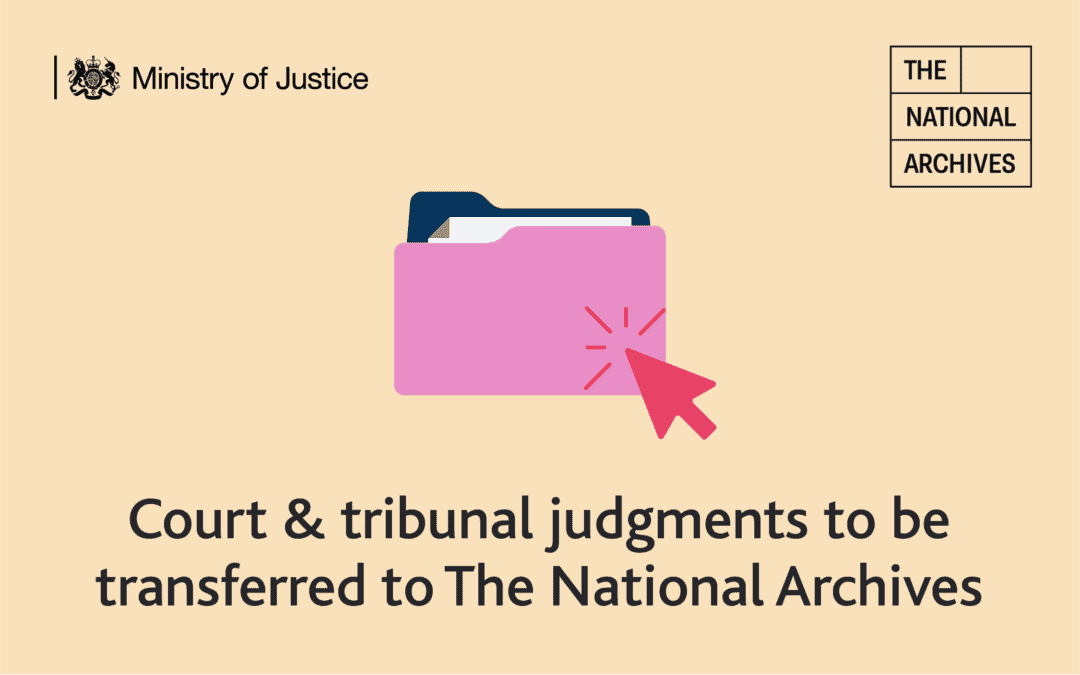 This week the Ministry of Justice announced its plans for the archiving and publication of judgments in a comprehensive new national database to be managed by The National Archives (TNA). Till now, the main official collection of court judgments has been the British and Irish Legal Information Institute, or BAILII, while the official source of legislation was a database (www.legislation.gov.uk) run by TNA. If TNA are now going to manage judgments as well, what will become of BAILII?

The announcement from the MOJ was headed “Boost for open justice as court judgments get new home”, but unless the new database is going to publish more judgments than BAILII already does, it’s hard to see how much of a boost for open justice this really represents. The press release refers to “cases of legal significance” but it’s not clear whether, as some have suggested, this indicates some process of selection (if so, by whom?) or is simply a way of explaining to the media why publishing judgments is important in the first place.

In the context of open justice, it is publication itself that is important, not the legal weight or precedential value of a particular case. Cases that set a precedent will, in any event, be reported as law reports, eg by the Incorporated Council of Law Reporting for England & Wales (ICLR) and other specialist legal publishers. What is of value for the purposes of open justice is for the public to be able to see any and every judgment, in the same way as being able to go and sit in the public gallery of an open court in any case they choose, subject only to justifiable legal restrictions.

What will boost open justice, however, will be if all these judgments can be collected and made available from a single hub-like source. At present, as the MOJ press release acknowledges, “there are multiple sources for court judgment publications” of which BAILII is the largest.

Judgments are also available from the Judiciary website, though these tend to be the ones of particular press or public interest. They also publish some sentencing remarks, contempt of court rulings and anonymisation orders. But the primary purpose of the Judiciary website is to promote and explain the work of judges, to publish their speeches, and to provide useful information such as practice directions and guidance. Even when it publishes judgments, it doesn’t necessarily keep them there, so as an archive it is not reliable.

The Supreme Court has always published its own judgments, as has the Judicial Committee of the Privy Council, which hears cases from overseas.

Another source of judgments is the general government website (gov.uk) which has information about many of the various tribunals, including their judgments. Some tribunals have their own websites, which provide another source for their judgments. While current judgments of the Employment Appeal Tribunal are available on its page on Gov.uk, older ones are only available from its old website. All the judgments of the Competition Appeal Tribunal are published on its own website.

According to the MOJ’s announcement, “The long-term aim is for all of them to migrate to The National Archives website which has a track record in hosting digital files safely and securely.” It will also be able to make them available in a structured machine-readable format that enables publishers and researchers to re-use them, as it currently does with legislation. However, that prompts the question about what sort of protections it may put in place either to prevent wholesale crawling or scraping, or at the very least to prevent the republication of inadequately redacted or anonymised content after it has been withdrawn or updated, as BAILII currently does (not always entirely successfully).

The future of BAILII

But BAILII is not going anywhere, as they made clear in their own press release. They will continue to publish all the judgments they can get hold of, including from all the above sources, as well as from other courts and jurisdictions apart from England & Wales. BAILII was founded on the principle of open justice and free access to the primary sources of law. It does also publish legislation, though not in amended form as Legislation.gov does. Its primary focus is on case law and for that it is justly recognised as the most comprehensive free database for the jurisdictions of the UK and Ireland. (See our earlier post: All about BAILII – part one: what it is and where it came from )

BAILII is part of a global family of Legal Information Institutes, including AustLII (for Australasia), CanLII (for Canada), AfricanLII, AsianLII etc. Some of these are better funded than others. In BAILII’s case, a substantial slice (about 25%) of its funding has till now been provided by the MOJ alongside sponsorship from various law firms and other institutions and numerous individual donors. Without the MOJ’s contribution, BAILII will need to make up the shortfall from other sources. The funding from the MOJ was always provided on the basis that BAILII would act as an official archive and source of judgments from the courts of England and Wales, but that function is what will now be transferred to TNA.

There is a certain undeniable logic in this transition. Given TNA’s existing role in publishing legislation, it certainly makes sense for the two sources of primary law (legislation and case law) to be available to the public, free of charge, in the same place. (Ideally, they will also connect the two, so that readers will be able to link from legislative provisions to the cases in which those provisions have been interpreted by the courts. At present, this sort of feature is only available behind the paywalls of expensive professional legal databases.)

Moreover, TNA are already under a duty to archive all court records under the Public Records Act 1958, Schedule 1 of which lists what constitute “public records”, including (at para 4) “Records of courts and tribunals”. A judgment is an obvious example of a court record, since it records what happened in court in a particular case and sets out the reasons for the court’s decision. Given that this statute has been in existence for more than six decades, it may seem rather surprising that TNA have only just got around to dealing with this. But the fact is that they have already been archiving other types of court records, just not managing the storage and distribution for public access of the judgments.

How soon will all this happen? The BAILII announcement states that “BAILII is delighted that it will be working together with the Legal Education Foundation (LEF) to support TNA in developing its new services and to develop BAILII’s own broader service.” The MOJ announcement spoke of the “long term aim” of migrating everything to the TNA website, but it is unclear how much will be available initially, or how long it will take for everything to be migrated.

Bear in mind that it has taken TNA over a decade to get its legislation service more or less up to date, with all the amendments incorporated into the primary legislation (and without even attempting to update the secondary legislation). It cannot allow that work to slip, so it will need additional resources to manage the processing of tens of thousands of court and tribunal judgments. Unlike BAILII, TNA will not need to rely on the MOJ for funding: as a non-ministerial government department, it is funded directly by the Treasury.

Meanwhile, BAILII says it has “ambitious plans to further enhance its databases with links to commentary and interpretative content from independent sources, and to add to its student service, OpenLaw.” There seem grounds for optimism, then, and for concluding that this will be a case, not of “either / or”, but of “both / and”. On that basis it should be welcomed.

Featured image is taken from a Tweet by the Ministry of Justice publishing its announcement.