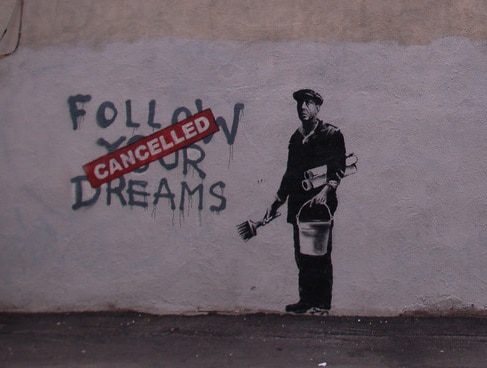 It’s one of the cardinal rules of court procedure: once you’ve entered the witness box and started to give evidence, you mustn’t discuss the case with anyone outside court, if there’s a break in the proceedings, until you’ve finished giving evidence.

While the hearing is in progress, you can and should answer the questions put by the advocates, both for the party on whose behalf you were called as a witness (on your own behalf if you’re a party in the case) and for the other parties, and any questions from the judge; but if there’s a break in the proceedings, whether it’s for fifteen minutes or for lunch or overnight, you can’t discuss the case with anyone else, not even your own lawyers.

The rule is designed to ensure that witnesses are not ‘coached’ or instructed what to say, and that their evidence is uncontaminated by outside influence. It’s vital that the court should be able to trust that the evidence you are giving is your own. And once you’ve sworn to tell the truth, the whole truth and nothing but the truth in answer to the questions put to you, you remain ‘on oath’ until the end of your evidence.

A breach of the rule

The seriousness with which the courts take this rule was emphasised last week in a case in which a journalist lost her appeal against the decision of an employment tribunal (ET) to ‘strike out’ (dismiss) her discrimination claim against the BBC, after the tribunal found that she had been discussing her case during a break in her evidence. The case was reported in the Daily Mail (BBC journalist whose sex discrimination claim against bosses who dubbed her ‘Sally Shitsu’ was thrown out when she spoke to a reporter during a break loses her appeal) and the Press Gazette (BBC journalist Sally Chidzoy loses appeal against employment tribunal decision to strike out her case for talking to reporter).

Sally Chidzoy, home affairs correspondent for BBC Look East, was pursuing claims of whistleblowing, sex discrimination, victimisation and harassment. The case was listed for a full merits hearing before the tribunal over 11 days, commencing on 6 February 2017. On the second day the tribunal began to hear evidence from the claimant. Her own evidence (‘evidence in chief’) was given in the form of a witness statement, the truth of which she confirmed from the witness box, before facing cross-examination from the BBC’s barrister. That cross-examination continued for another two days, during which there were a number of breaks in the cross-examination, for comfort breaks, meals, and overnight, and to interpose the evidence of two other witnesses due to their limited availability. Each time there was break in her evidence, the claimant was warned that she must not discuss her evidence or any aspect of the case with anyone during the adjournment.

Shortly before noon on 9 February, the tribunal took a short break and again warned her in similar terms. When the hearing resumed, however, the barrister for the BBC reported to the tribunal that the claimant had been seen in discussion with a third party (later identified as Sarah Gliss, a journalist working for a local newspaper). The tribunal paused the proceedings to investigate the matter, and to consider an application by the BBC for the case to be struck out. The tribunal received statements from the claimant, her lawyer and Gliss, as well as from others present at the time.

Having considered all the evidence, the tribunal concluded that the claimant was indeed engaging in a conversation about the case with Gliss, and that this constituted “unreasonable conduct”. Accordingly, “the trust which the tribunal should have in the claimant has been irreparably damaged” and “we consider that a fair trial is no longer possible”. Having rejected alternative sanctions, the tribunal decided to strike out the claim in its entirety.

Judge Eady QC, giving judgment, reviewed the approach taken by the tribunal in deciding whether to strike out the claimant’s case because of what had happened. She said it was “common ground between the parties” (ie, not in dispute) that “the striking out of a claim is a draconian measure that should not be imposed lightly”.

She rejected the claimant’s argument that the warning given was insufficient because it did not amount to an order of the court, saying at para 41:

“In the normal course, it is unlikely that the warning will ever be expressed in terms as a formal Order of the Court or Tribunal but its purpose and the importance of compliance will be clear: the evidence given must be that of the witness and if others might have influenced the content or manner of that evidence, it will be tainted in a way that is hard to assess and might thus prejudice the fair determination of the case.”

She went on to say that “any witness in those circumstances would have understood the nature and significance of the instruction”. She also rejected the (somewhat ambitious) suggestion that the warning unreasonably impacted on the claimant’s freedom of expression or that of the press to report the proceedings.

For these and other reasons, the appeal tribunal concluded that the employment tribunal had not adopted the wrong approach and affirmed its decision to strike out Chidzoy’s claim.

The decision reinforces the importance of the rule that witnesses (including parties to litigation) must not discuss the case with anyone outside the court during a break in the hearing. This happened in an employment tribunal case, but the rule applies in any court or tribunal, including the family courts. However, the sanction for disobedience is a matter for the court.

Striking out the claimant’s case, as the appeal tribunal noted, is a draconian (extremely harsh) measure. It was appropriate here because it was the claimant herself, who was asking the court to rule in her favour on her claim, who was then undermining the court’s ability to trust her to behave properly in pursuing her case.

An even more serious penalty might be committal for contempt of court, which could result in a sentence of imprisonment. Committal for contempt is normally reserved for those who deliberately disobey an order of the court, but it need not be confined to that. Any behaviour which shows contempt for the court would suffice.

In assessing the truth and value of a witness’s evidence, the court has to be able to trust that the evidence is genuinely that of the witness and not influenced or contaminated by anyone else. So even if the court does not impose any actual sanction or penalty against a witness who does not appear to take their duty to the court seriously, it would undoubtedly afford less weight to their evidence, or possibly disregard it altogether.

Featured image: Banksy in Boston, by Chris Devers (via Flicker creative commons), reproduced with thanks.