Flying under the Radar: Experiencing the Court of Protection Transparency Pilot as an academic researcher 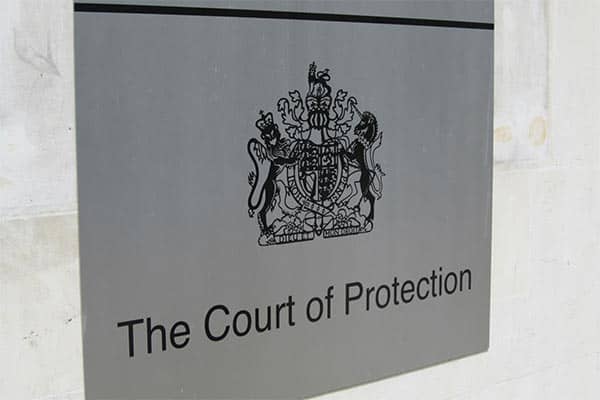 This is a guest post by Gillian Loomes, a PhD researcher at the University of Leeds Law School

Earlier this year, I spent a month attending hearings in the Court of Protection (CoP) as a public observer. This was part of my PhD (a socio-legal study examining how the Mental Capacity Act 2005 works in practice) and involved observing 14 hearings, all of which were designated ‘public with reporting restrictions’ by the Court of Protection Transparency Pilot.

When I planned my research, I envisaged that my findings would be based only on the way the Mental Capacity Act 2005 was working in the court system – e.g. with capacity assessments, deprivation of liberty, and other legal issues that come before the court. I quickly found, however, that the Transparency Pilot itself, rather than being simply the vehicle by which I gained access, became a key focus of my research. I discovered that I care more than I had realised about transparency, and that it touches nerves relating both to my professional experience as a community-based advocate, and to my position as a disabled activist committed to the ideas that ‘the personal is political’ and that we should expect ‘nothing about us without us’.

In this blog post, I am keen to contribute to understanding and development of the CoP Pilot by sharing two aspects of my experiences: First relating to court procedure and, second, regarding who comes to court, who doesn’t, and why.  So, first I want to share an insider perspective on my experience as a public observer in court, and explain how certain aspects of the Pilot in practice frustrate its own aims, if we assume that the aims of transparency are to enable greater public understanding of the work of the court and access to open justice.

One of the things that I found, when I attended court as a public observer, is that aspects of court procedure can be experienced as formal and daunting to those of us who are outsiders in court settings, i.e. those for whom the court isn’t a familiar environment and regular place of work. I was fortunate on my first visit to court to have the support of Paul Magrath (of The Transparency Project), who showed me where and how to sign in as an observer and, crucially, helped me to interpret the Transparency Pilot Order that each public observer must agree to be bound by, in order to attend a hearing. I am also in the relatively privileged position of being a PhD researcher with academic legal training. These are both advantages that might not be expected of other public observers attending court. In spite of these advantages, however, I have to say that I found the process intimidating. The formality of having to sign to agree to be bound by a document that is written in complex legal language, and then (in some hearings, though not all) to speak up in court to introduce yourself, state your reason for attending, and confirm that you agree to be bound by the terms of the Transparency Pilot Order, can be very off-putting and nerve-wracking. This is particularly the case given the formality of the setting. When I went into my first hearing, I was told exactly where to sit, and, on asking to use a desk with a sign reading ‘Parties Only’ in order to have a surface on which to lean on while making notes, was refused with a shake of the court clerk’s head. I found standing when the judge entered the room problematic (I have compromised mobility and use walking sticks) but the formality of the proceedings meant that I felt unable to draw attention to myself in order to request an adjustment to the expectation that I would stand.

This experience highlights what I think is one of the issues in terms of fulfilling the aims of the CoP Pilot. The aim of the Pilot is to increase public understanding of the work of the CoP and access to open justice, but the procedures for public observation, particularly the formality of the Pilot Order and within the courtroom itself, create a situation where the aims of the observer often become to ‘blend in’, to be ‘invisible’ and not to draw attention to oneself. I found this to be particularly problematic when I wanted to access documentation relating to the hearings I observed. Access to this documentation (e.g. position statements and skeleton arguments) is a key part of making sense of what is observed during hearings, and there is provision in the Transparency Pilot Order for observers attending hearings to request permission to access to such documents from the court. What doesn’t exist though, is any set system whereby an observer can do this. I was told that it was necessary to attempt to ask counsel in the cases I attended to make my request of the judge. I managed this in five of the 14 cases I attended, where the opportunity to do so presented itself serendipitously, but it’s difficult to achieve this when it’s not made clear who the relevant parties are in the hearings you are attending, or when counsel are in consulting rooms with parties prior to the start of the hearing. And all of this is compounded by the ways I described above, in which the formality of setting and procedure in the court create circumstances where the aims of the public observer become to ‘fit in’ and not to attract attention. I found this to be one of the trickiest aspects of my experience of observation. I think it could be made much easier though, and I’d suggest two specific ways in which this could happen.

The second thing I’d like to consider, based on my experiences of observing in court, concerns who attends, and (importantly) who doesn’t attend hearings, and their reasons for doing (or not doing) so. In discussion I’ve seen relating to the CoP Pilot, the assumption seems to be almost exclusively that public observers will be members of the media, and there is (understandably) a considerable degree of frustration that a significant amount of work goes into anonymising court documents and making other preparations in line with the Pilot, only to find that no one comes to observe. I wonder though, about whether the focus of the Pilot, and assessment of its impact could be wider than this narrow aspect of access by the mainstream media.

My experience of observing in court as a researcher led me to reflect on my professional experience working as a community advocate. In some of the cases in which I have been involved as an advocate, questions arose about whether certain issues should be taken to the CoP. This was before the Transparency Pilot came into effect, so I was at that time unable to gain (and therefore share) any experience of what actually happens in court. I’d argue that it would have been extremely useful, and would have improved my advocacy practice, to have direct experience of observing what happens in court, removing the ‘secret’ and ‘mysterious’ characterisations of the Court of Protection that the Transparency Pilot aims to challenge.

I suggest that any assessment of the impact of the Pilot needs to consider not just who has attended court as a public observer, but who hasn’t, and also to get at the reasons why different groups do not attend. It is likely that the reasons for non-attendance might differ dramatically across the different groups – including the media, advocates, family carers, and academic researchers. And this in turn will mean that different strategies are needed to increase uptake of the opportunities afforded by the Pilot in terms of open justice, and of meaningful participation, that are fundamental for all who support people whose lives may be impacted by the work of the CoP.

In finding out the reasons why different groups do not routinely attend public hearings and observe the work of the Court, it will be possible to understand and address the diverse issues and barriers that may be keeping people away. This will mean that court transparency can be implemented to greatest effect, and the efforts of court staff and practitioners in implementing transparency will be able to have the most impact, on furthering the aims of public understanding of the work of the court, and of open justice, but also, crucially, on the lives of those touched by the work of the court, and those who support them.