Are we still ‘Amusing Ourselves to Death’ and if so, at what cost to children? 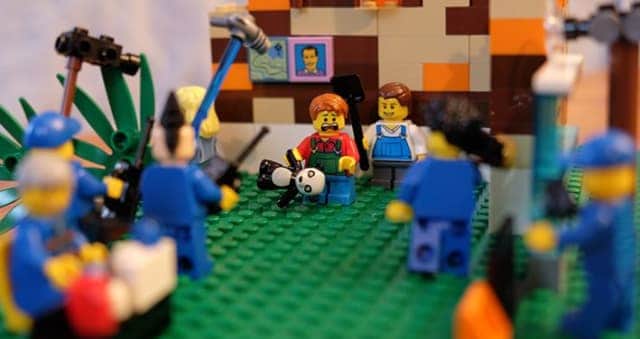 This is a guest blog post by Marion Oswald Senior Fellow at The Centre for Information Rights, University of Winchester, examining the British and Irish Law Education and Technology Association (BILETA) consultation run by The Centre of Information Rights. The consultation took place on the 7 June 2017 and concerned the impact of broadcast and social media on the privacy and best interests of young children.  Emma Nottingham, Transparency Project contributor was part of the research team.

Are we still ‘Amusing Ourselves to Death’ and if so, at what cost to children? was originally published on 17th August at the Information Law and Policy Centre and is re-posted here with kind permission.

In 1985, in his book ‘Amusing Ourselves to Death’, Professor Neil Postman warned us that:

‘To be unaware that a technology comes equipped with a programme for social change, to maintain that technology is neutral…is…stupidity plain and simple.’

Postman was mainly concerned with the impact of television, with its presentation of news as ‘vaudeville’ and thus its influence on other media to do the same. He was particularly exercised by the co-option by television of ‘serious modes of discourse – news, politics, science, education, commerce, religion’ and the transformation of these into entertainment packages.  This ‘trivial pursuit’ information environment, he argued, risked amusing us into indifference and a kind of ‘culture-death.’ Can a culture survive ‘if the value of its news is determined by the number of laughs it provides’?

We appear not to have heeded Postman’s warnings. Many might say they are over-blown.  21st century digital culture continues to emphasise the image, now often combined with ‘bite-sized’ written messages.  We have instant 24/7 access to information and rolling news.  We are fascinated by reality programming and digital technologies that allow us to scrutinise each other’s lives.  Having lived through this digital revolution, I know and appreciate its benefits, especially in relation to the expansion of knowledge and horizons, and to freedom of expression.  Like many others, however, I have concerns.  What, for instance, would Postman have made of ‘sharenting’; of the ‘YouTube Families’ phenomenon; of the way that younger and younger children now feature on mainstream broadcasts, with public comment via social media using the inevitable hashtag?

It was such concerns that inspired the BILETA consultation workshop held on 7 June 2017 at IALS to discuss the legislative, regulatory and ethical framework surrounding the depiction of young children on digital, online and broadcast media. The full report from the workshop is now available here.  As was to be expected, the discussion was wide-ranging with a variety of opinions expressed.  The report’s authors have attempted to distil the debate into proposals which we hope will move the debate forward, and generate further discussion and no doubt criticism! (The recommendations represent the views of the report’s authors and do not necessarily represent the views of workshop participants.)

The workshop focused first on a child’s ‘reasonable expectation of privacy’, a concept that was described by one participant as ‘highly artificial and strained’. Why should a child’s privacy depend upon his or her parent’s privacy expectations, it was asked?  The report’s authors propose that young children should have a privacy right independent from their parents’ privacy expectations. Such a right could be trumped by other rights or interests, for instance public interest exceptions relating to news and current affairs reporting, journalism and the arts, and the parents’ right to freedom of expression.  The report’s authors recommend that there should however be a clearer requirement and process for the child’s interests to be considered alongside the potential benefits of the publication.

Mainstream broadcasters take a variety of approaches to the depiction, and identification, of young children in documentary and science programming. The media should continue to reflect the lives of children and it is in no-one’s interests to have a media where children simply do not appear for fear of the risk of potential harm.  Programmes made by highly regulated broadcasters, ensuring wellbeing of children is of paramount importance, can help to set the high ethical watermark in this area for other forms of media to follow. We should continue to monitor the inclusion of young children in ‘Science Entertainment’ broadcasts, however, and the parallel impact of social media.  The report’s authors also recommend that more research be undertaken into the impact of broadcast media exposure of young children to understand what effect it has on them, both positive and negative. Once these effects are more fully understood, actions can be taken to reduce any potential harm.

There was some support during the workshop for the view that online intermediaries should take on more responsibility for activities and content that may be harmful to young children. The report’s authors recommend more consistency in terms of compliance and regulation between regulated broadcasters and non-mainstream digital media/social media. This could enhance protection to children in ‘YouTube families’ and other instances where there are no or limited checks on what is being put into the public domain. ‘Controller hosts’ (such as Facebook, YouTube and Twitter) and ‘independent intermediaries’[1] (such as Google) should have a duty of care to consider young children’s privacy and best interests in their operations.  Further research should be undertaken into the potential of image-matching, tracking and content moderation technologies, in controlling the extent to which information and images relating to a young child can be copied, re-contextualised and re-shown in a different context to the original post or publication.

The introduction of a Children’s Digital Ombudsman could provide a way for children’s interests to be better represented in relation to all forms of digital publications.  We shouldn’t put all our eggs in the basket of the so-called ‘right to be forgotten’.  Before Postman’s warnings become irreversible reality, let’s consider how we want our young children to be treated in the offline world and strive to hold the digital world to the same standards.

[1] Defined by David Erdos in Erdos, David, ‘Delimiting the Ambit of Responsibility of Intermediary Publishers for Third Party Rights in European Data Protection: Towards a Synthetic Interpretation of the EU acquis’ (June 27, 2017). Available at SSRN: https://ssrn.com/abstract=2993154

On the 17 November 2017, the Information Law & Policy Centre will be holding their 3rd Annual Workshop and Lecture entitled, Children and Digital Rights: Regulating Safeguards and Freedoms. See the Call for Papers.

You can also see Emma Nottingham discussing the research here: