Do social workers have a duty of care to protect children of local authority tenants? 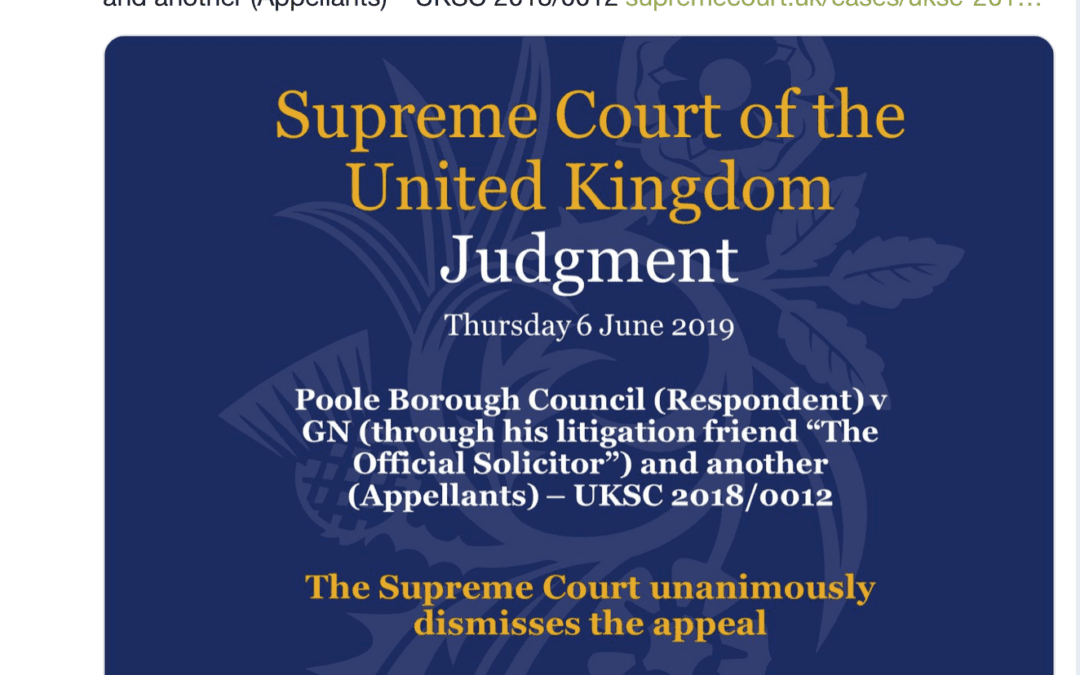 You can tell this was likely to be an important case because there are five ‘interverners’ – organisations that have an interest, in principle, in the outcome – in this particular case, from a human rights and children’s rights perspective. The applicants were two siblings and the defendant was a local authority, Poole Borough Council. The background is described on the Local Government Lawyer website here.

Briefly, the case arose because a child ‘in need’ because of his disabilities (section 17 Children Act 1989) had been subject to harassment and intimidation by neighbours and it was then claimed that Poole BC owed him a duty of care to protect him from harm. They had failed to do this because they should have removed the children from their mother and accommodated them somewhere safer, it was argued.

The Court of Appeal rejected the children’s claim because:

This Court of Appeal decison raised a lot of concern because it suggested that local authority social services could never be liable for negligence when children were harmed by a third party, even if social workers knew they were at risk.

The Supreme Court decision, published today has reassured lawyers and children’s organisations because – although the Court of Appeal decison was correct on the facts – it ‘should not be understood as meaning that an assumption of responsibility can never arise out of the performance of statutory functions.’ [para 72]

Lord Reed said:
‘In the light of the cases which I have discussed, the decision in X (Minors) v Bedfordshire can no longer be regarded as good law in so far as it ruled out on grounds of public policy the possibility that a duty of care might be owed by local authorities or their staff towards children with whom they came into contact in the performance of their functions under the 1989 Act… [para 74]

In this case, housing the family had not meant that Poole Council had automatically assumed responsibility for the children. However, this new judgment confirms that there can be other, even similar, circumstances where such a responsiblity is taken on by the council, who would then owe the children a duty of care.

The Supreme Court press summary focuses on the family in Poole but Article 39 has published a short explanation of the wider implications here.