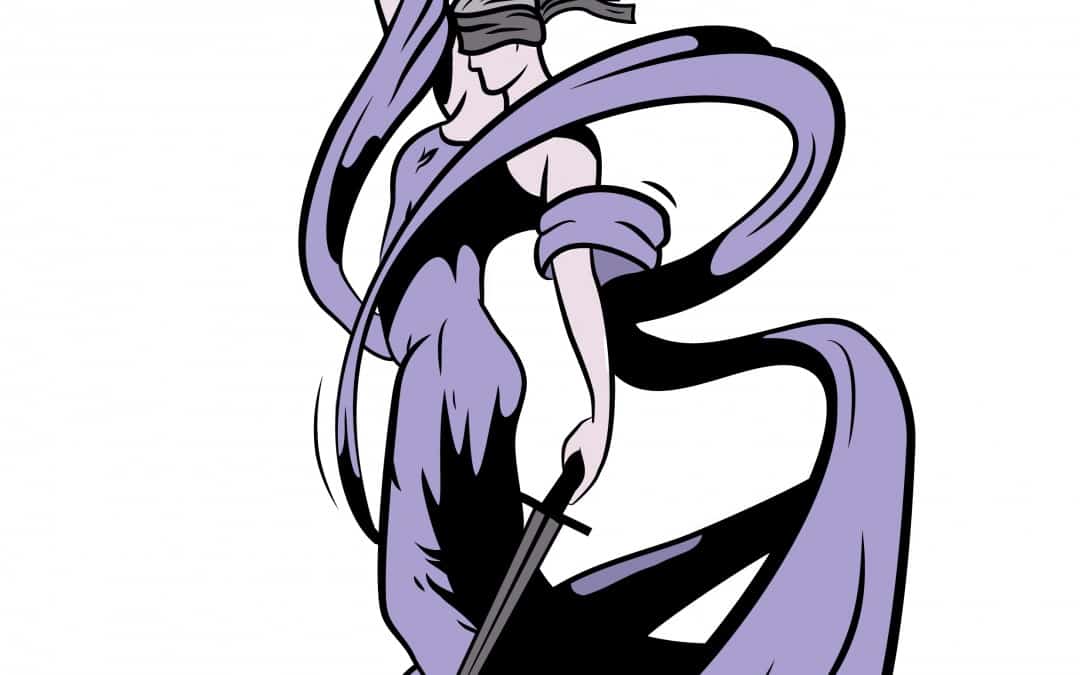 Re B (change of residence; parental alienation) [2017] EWFC B24 is the recently published judgment from a family court decision that a child had been alienated from her father by her mother and should move to live with her father.

One of the aims of the President’s Transparency Guidance to judges on publication of judgments was promoting understanding of day-to-day decision making in the family courts. The guidance list of cases to be published (unless compelling factors require otherwise) include disputes between parents about arrangements for their children to the extent these involve fact-finding determinations about serious allegations of harm (including emotional harm). Her Honour Judge Gordon-Saker doesn’t specify whether her decision to publish was under that provision or simply because she considered publication to be in the public interest.

Certainly, parental alienation is a topic of significant public interest and importance for families and family justice professionals. It provokes strong opinions, including on whether and how the family court system (including Cafcass) ought to do better in identifying and managing parental alienation. International Parental Alienation Day on 25 April 2017 inspired a fair amount of commentary. See this Hansard debate secured by ex-Labour Party MP Simon Danczuk on 17 March for a flavour.

Summary of the case

IB’s parents were married and lived together until she was five. Her mother had agreed to the father sharing parental responsibility for two older maternal half siblings during the marriage. IB lived with her mother and half siblings when they separated. At that point she was ‘happy to see her dad’ and settled at school, but this changed.

The separation involved an argument in front of IB that the mother felt triggered her leaving. She characterised a scratching of IB’s leg by her father when he picked her up and put her back in her bed early one morning as an assault, warranting supervised contact, and said he held her (the mother) forcefully when the argument continued downstairs. She admitted hitting him on a previous occasion (which she said was in self-defence) and alleged he had been controlling and abusive in the form of talking down to her and making her feel worthless. After separation, they reached agreement with the help of a friend that he would move out, so she could move back into the former family home with the girls and that she would allow contact. When the father changed his mind and didn’t move out for a couple of weeks she withdrew from the contact agreement, even when he did move.

Three years of litigation followed about IB who was 9 by the date of the decision to change her residence at a hearing in March 2017. Her mother resisted initial recommendations by Cafcass for overnight staying contact with the father. A new Cafcass officer then recommended two hours, every other week, in a contact centre – and some contact started. When contact faltered in that setting, it was reduced, and then moved to the home of maternal family members. A court order eventually made for staying contact was caveated with ‘if the child wanted to go’ (which she didn’t). When the case was finally heard (after transfer, adjournment, expert evidence from a psychologist and appointment of the second Cafcass officer as IB’s guardian), a family assistance order was made – leaving matters in the hands of the guardian, on the basis both parents had agreed to be led by her. The result was that contact stopped altogether for 14 months to the point the case was heard by HHJ Gordon-Saker in March. By this time, the father sought residence while the mother sought orders for no contact and limiting the father’s right to make further applications.

HHJ Gordon-Saker heard evidence from the parents, the guardian and the psychologist before deciding that IB’s long-term best interests required an order that she move to live with her father (even with a school move and separation from half-sisters) on the basis that he would promote contact with her mother and maternal relatives.

The family also agreed to look into attending the Family Separation Clinic in London (at their own expense).

A postscript records that the transfer went ahead and that subsequently IB’s mother had also starting spending time with her.

There’s no substitute for reading the nuanced judgment but the reasoning included:

Applying the welfare checklist to determine IB’s best interests, HHJ Gordon-Saker reached the conclusion that the most relevant factors were her emotional needs; the harm she was already suffering and was at risk of suffering long term and the capacity of her parents to meet her emotional needs.

Both parents could meet her physical and educational needs (even with the school move required) but only her father could meet her long term psychological needs for a relationship with both parents and both sides of her family; and provide the higher chance of litigation and hostility ending for her as a matter of urgency.

She applied Mrs. Justice Bracewell’s approach to the wishes and feelings of the children in Re V (A Child) [2013] EWCA Civ 1649 as follows:

IB’s expressed wishes and feelings have been ascertained and her behaviour in attempts at contact suggest she does not want contact with her father. But the background and what has happened since her parents separated have affected her understanding. At her young age her positive experiences of her father are being eroded by her mother, so I have to look at the background and wider picture to ascertain her true wishes and feelings. In my judgment, if she had the true picture of her father and was allowed by her mother to enjoy contact, she would wish to spend time with him. She has become entrenched in her mother’s views, but her anxiety continues. She knows from her own memory that her father is not the bad man he is portrayed as.

She also made some suggestions for how (in retrospect) the case might have been handled differently by professionals including the guardian and the court:

Whilst the mother was responsible for what had happened, not the guardian, the recommendation of no contact ahead of the hearing had nevertheless been based on a flawed assumption that the mother was not preventing contact. Analysis of the history and detail firmly supported the view that ‘at the heart of this case’ was a mother ‘preventing contact’:

With hindsight…. I am not sure there was enough analysis of the pressure Mrs. B was likely to be placing on IB.

The quality of the relationship between IB and her father when her parents separated and not long after… was good. There should have been staying contact not two hours a fortnight in a contact centre. The reports of contact were positive; but Mrs. B wanted to stop contact, although Mrs. Miller as the welfare officer at that time recommended contact continue as being in IB’s best interests.

When IB started to express a wish not to go to even that contact, the response of reducing contact further while maintaining the contact centre setting (in the hope of stopping it breaking down altogether) was unhelpful in hindsight:

IB had some reservations about seeing him. Mrs. Miller said rightly that, if contact was stopped, it would be difficult to get it going again. But she also thought, probably wrongly with the benefit of hindsight, that increasing contact might increase IB’s resistance to future contact.

Looking back now, staying contact with her father would have reminded IB of all the positives in her relationship with him whereas the two hours a fortnight was too little and it was surrounded by her mother’s negativity.

While [the psychological] assessment was taking place, contact was reduced to four weekly at the contact centre, albeit not supervised. IB was taken there by a member of her maternal family and I have seen their attitude to the father. All of this was reinforcing the idea that a contact centre was necessary and acceptance of IB’s apparent reluctance to go to contact.

The attempt to move contact out of the centre by getting the maternal family to supervise was also doomed to failure as the psychologist explained:

IB could not be seen to have a nice time. She was there with family members who were supporters of her mother.

And the advice to the father that he should now step back under the family assistance order was in the guardian’s own view with hindsight:

There was inadequate case management at the crucial early stages of the case [Para 8], followed by delay. We are told that the case was transferred to the Norfolk Family Court in October 2015, but it’s not clear where accountability lay for the earlier case management decisions.

I know it is easy with the benefit of hindsight to say this, but there was a lack of active case management and analysis of the issues in some of the early hearings. There was not sufficient control on the filing of witness statements or letters to the court or supporting letters from friends and family, and most of those have not assisted the court.

And it had been inappropriate to make an order for contact dependent on whether the child wanted to go:

An order was made for gradual increases in contact building up to overnight in September “if IB wishes to do so”. That burden of decision making should not have been placed on IB. Needless to say, overnight contact did not take place.

HHJ Gordon-Saker also suggests delay in returning the matter to court when contact broke down altogether was a contributory factor though it’s not clear why or for how long:

Sadly, the end result was that there has been no contact for fourteen months. For some time no one brought the matter back to court.

The view of Suella Fernandes (Conservative MP for Fareham) Hansard (column 497) citing the President (presumably from F v M [2004] EWHC 7272 (Fam), although she doesn’t specify), seems largely borne out by this judgment:

I thank the hon. Gentleman for his explanation of the issue. Does he agree with Mr Justice Munby, as he then was—he is  ​now president of the family division of the High Court and has judged many family cases involving contact disputes—that the cause of these problems is delay in the court system, the failure of the courts to challenge groundless allegations against non-resident fathers and the failure of the courts to get to grips with defiance of contact orders and child arrangement orders and to properly enforce against breach? Does he agree that that is the core of some of the problems ?