The family court and vulnerable people 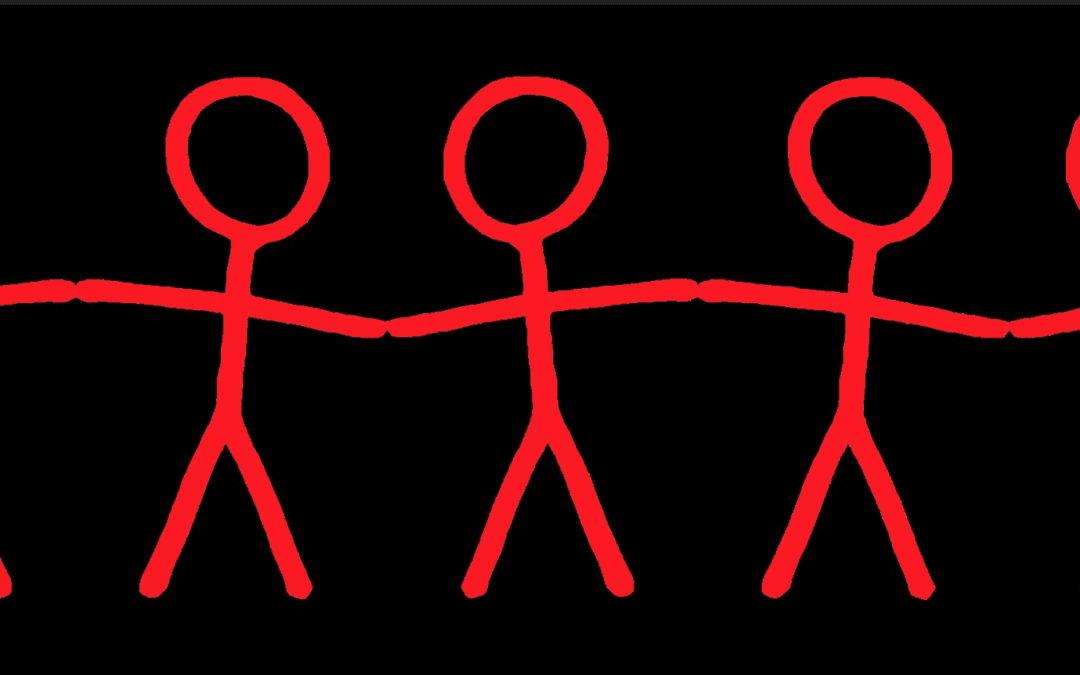 What approach should the family court adopt when dealing with vulnerable people and those with disabilities?

Judges and magistrates of the family court deal with some of the most vulnerable people in our society. Quite often, people will find it difficult to participate because of their vulnerabilities. These vulnerabilities could cover a wide spectrum of barriers to participation: some litigants may have cognitive or mental health problems; some may have an intellectual disability; some may have a physical disability; and some may be particularly vulnerable as a result of the experiences they have suffered.

These realities present a challenge to those involved in family justice: how can we ensure that everybody can participate fully in proceedings where their right to private and family life is being – in some way – interfered with?

In my experience, participation measures are sometimes treated as an ancillary issue. They are not. They are the foundation upon which somebody’s human rights are respected. As Baroness Hale said in the Cheshire West case:

“In my view, it is axiomatic that people with disabilities, both mental and physical, have the same human rights as the rest of the human race. It may be that those rights have sometimes to be limited or restricted because of their disabilities, but the starting point should be the same as that for everyone else. This flows inexorably from the universal character of human rights, founded on the inherent Page 19 dignity of all human beings, and is confirmed in the United Nations Convention on the Rights of Persons with Disabilities. Far from disability entitling the state to deny such people human rights: rather it places upon the state (and upon others) the duty to make reasonable accommodation to cater for the special needs of those with disabilities.”

How the court should deal with participation issues has been the subject of long and intense discussion over a number of years. Sir James Munby – the remarkable former President of the Family Division – told the Advocates’ Gateway International Conference in 2015 that proper participation “starts long before the person gets into the witness box and carries on long after they leave the witness box”.

This funny collection of letters and numbers refers to the practice direction to rule 3 of the Family Procedure Rules. This came into force in November 2017 and lays down guidance for how the court is to deal with ‘vulnerable persons’. Under this practice direction the court should consider if the ability of a litigant to participate is ‘likely to be diminished by reason of a vulnerability’ and, if so, whether it’s necessary to make one or more ‘participation directions’.

A participation direction is an order to say that a hearing should happen in a certain way. For example the party might have a propensity to become very anxious, and so the judge might order regular breaks in evidence. These directions can cover any aspect of the hearing, so if a witness with cognitive difficulties will give evidence, the judge may limit the number of questions or vet the questions first to make sure they are phrased in a way that the witness will understand.

This is all part of the court’s duty to ensure that a party can properly take part. The practice direction ensures that the court, when looking at vulnerability, must assess the ability of the party:

All of these matters should be thought about and decided upon at a ‘ground rules hearing’ – a special hearing held solely to consider these issues.

I am going to go through two recent cases where issues of participation have been aired: the first is Re N A Child) [2019] EWCA Civ 1997 and the second is Re S (Vulnerable Parent: Intermediary) [2020] EWCA Civ 763.

N was a two-year-old girl who suffered some injuries. There were care proceedings as a result of the injuries, and a finding of fact hearing to determine who was responsible. The injuries were serious; N had 14 areas of bruising on her body. At the end of the finding of fact hearing, the judge found that either mother or her partner had caused the injuries. The judge found that if one had caused the bruising, the other knew about it.

During the course of the hearing, the judge was worried about the cognitive functioning of the mother. As a result of this, the judge ordered a psychological assessment of her after giving judgment on the injuries.

The psychologist assessing the mother found that her cognitive functioning was impaired. The expert found that the mother “has significant difficulty in terms of her ability to both understand and express herself verbally”. The expert found that her verbal ability was in the ‘extremely low range of intellectual ability’ and therefore there was a danger that her evidence was unreliable. This had not been picked up before because – like many with these difficulties – she had developed a ‘cloak of competence… an adaptive skill developed by a person to help cope with daily life.’

The mother’s legal team applied for an assessment of her by an intermediary. An intermediary is somebody who attends court with the litigant and assists them – using a range of tools – in understanding the proceedings and any questions they are asked.  We have written about intermediaries in other cases e.g here and here. The assessment in Re N found that without adaptations, the mother was unlikely to understand the court proceedings, with a significant impact on her ability to give evidence properly.

She had told the intermediary – during her assessment – that she had felt “Just horrible […] I was just getting confused about what everyone was saying. I couldn’t think” and that “I just didn’t understand what was going on”.”

Given that these difficulties were not known during the hearing and the reliability of mother’s evidence had been called into question, her legal team went on to ask the judge to re-hear the case. The judge said no and also refused permission to appeal the decision not to re-open the findings. Peter Jackson LJ granted permission to appeal, and thus the case came before the Court of Appeal.

The Court began by reciting a case where it stated that the Article 6 right – the right to a fair trial – of a litigant is an absolute. The local authority had argued that the judge was aware of mother’s difficulties (albeit unassessed) and tried to accommodate them. The local authority argued that there was no evidence to suggest that a re-hearing would lead to a different outcome. The court, however, said this missed the point.

And the key point from this case…

As the Court of Appeal acknowledged, the outcome of the re-hearing might still have the same outcome. But this isn’t about the outcome; it’s about the process.

One of the differences in the brave new post-COVID 19 world is a ‘hybrid hearing’ – a model that appears to have been conceptualised by HHJ Dodd in Carlisle; a part attended model where some of the parties attend in person at court and the rest attend by video conference. A half in the room, half zoom model, if you will.

Re S concerned a baby – T – born in November 2019. T had lived in a mother and baby unit since birth, pending the outcome of care proceedings. The care proceedings were set down for a final hearing in November 2020. Nearly all of the evidence in the case had been received, apart from the report of the CAFCASS guardian. All of the evidence suggested that mother was not a safe carer, and that T should be adopted out of their birth family. M’s parenting deficits were related to her low cognitive functioning and lack of insight. She had severe issues with her memory and the speed at which she could process information.

M had been psychologically assessed in this case and several recommendations came from this assessment. For example the way M was to be asked questions was to be simplified, with no more than 20 words per question. There were to be regular breaks in her evidence. It was suggested that M would benefit from an intermediary, and thus an application for an intermediary was made by M’s solicitors.

The judge did not agree. She said that it was not necessary when M’s problems could be made up for by the way the court hears her evidence – i.e. doing what the psychologist had originally suggested. The judge – instead  made participation directions to enforce the recommendations made by the psychologist. The judge listed a pre-trial review to consider the last details prior to a hybrid final hearing. The format of the hearing was important because the changed nature of the hearing might affect M’s need for support. The judge said no.

And so off we go to the Court of Appeal. The Court of Appeal ordered an intermediary assessment and the attendance of the intermediary at the final hearing. The Court found that whilst the judge had clearly considered PD3A/PD3AA as she was bound to do, and whilst she was entitled to disagree with the expert because it was not his area of expertise, she should have given specific consideration to how a hybrid hearing would affect M’s ability to participate in it. The Court said that the hybrid process removes many of the ‘visual cues that are so valuable to individuals with a cognitive impairment’. She would lose these with the experience of being asked questions on a video link. The judge should have at least, therefore, allowed an assessment and taken it from there.

However, the Court also pointed out that this was a case-specific decision, and not an open invitation for intermediaries to be ordered for all remote hearings. Indeed, the involvement of intermediaries by remote means has been severely criticised, and several responsible intermediary agencies have put their services on hold during CV19 because of the ineffectiveness of the support they can offer remotely.

These are not ‘sexy’ cases. By that, I mean that they do not change the law in any way. They will probably not be spoken about in law lectures or textbooks next year, or in the supermarket tomorrow from behind our face masks.

But they are a really important reminder of the basic requirements of fairness and participation that underpin a fair trial. They are also a very useful exposition of the approach that the family court should adopt when faced with a vulnerable litigant or witness. And this is true more so than ever when CV19 presents yet another barrier to effective participation for many.

The scaffolding is there for this process already. The Family Procedure Rules and PD3A and 3AA set down a framework for these barriers to be considered first and foremost when they arise. They provide for ground rules hearings, they give the court a range of powers and suggestions to ensure that nobody is starting from a disadvantage. The Court should consider each scenario the witness or litigant will encounter, and critically analyse how their vulnerabilities will impact on their ability to take part.

The message from these cases is simple: use it.