The debate about Family Court features on PMQs and daytime telly 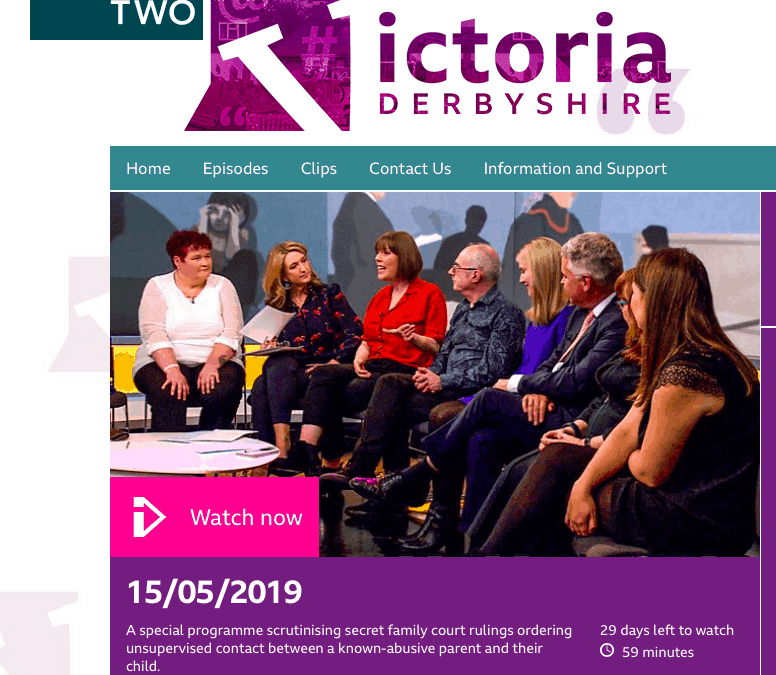 This week the debate about Family Courts, their secrecy, their failures (as many would see it) dealing appropriately with the tricky issue of domestic abuse has had significant public attention.

The letter to the Justice Minister from 120 MPs calling for an inquiry (see here) was followed by a question in PMQs by Jess Phillips MP about whether the government would agree to the inquiry. The answer was a pretty firm ‘no’ (see here), but both the question and answer are illuminating :

Research by the “Victoria Derbyshire” show has revealed that in the last five years four children have been murdered following contact granted by the family courts to known abusers. This morning, more than 120 MPs wrote to the Justice Secretary calling for an independent inquiry into the treatment by the family courts of victims of domestic abuse and violence. Does the Prime Minister agree that there is something wrong with a system that forces contact between children and parents who are known risks to the child? If she does agree, will she commission that independent inquiry today?

The family courts system should never be used to coerce or re-victimise those who have been abused, and the child’s welfare must be the paramount consideration of the court in any proceedings. I am pleased that the president of the family division published new draft guidelines just last week that provided greater clarity on issues around the family courts, such as increasing transparency. The Ministry of Justice has not seen evidence to suggest a public inquiry is necessary, but I will ensure that the new Minister of State meets the hon. Lady to discuss the concerns she has raised.

Alongside all that the Victoria Derbyshire Show has runs slots on three consecutive days, giving some quite sustained airtime to a wide range of different views (although its fair to say that overall the coverage has taken a particular angle they have provided a platform range of views to be heard).

You can view the episodes here :

The show which aired on 16 May took place following PMQs when the PM had ruled out an inquiry – but Baroness McIntosh gave a strong indication she would be inviting the Select Committee on Justice to conduct its own inquiry instead. Meanwhile the former President of the Family Division Sir James Munby had given a written interview in which he said there was a real need for independent research to establish the nature and scale of the problems in the Family Court. We agree.

You can read our post about the issue of an inquiry here : An Inquiry into the Secret Family Courts?