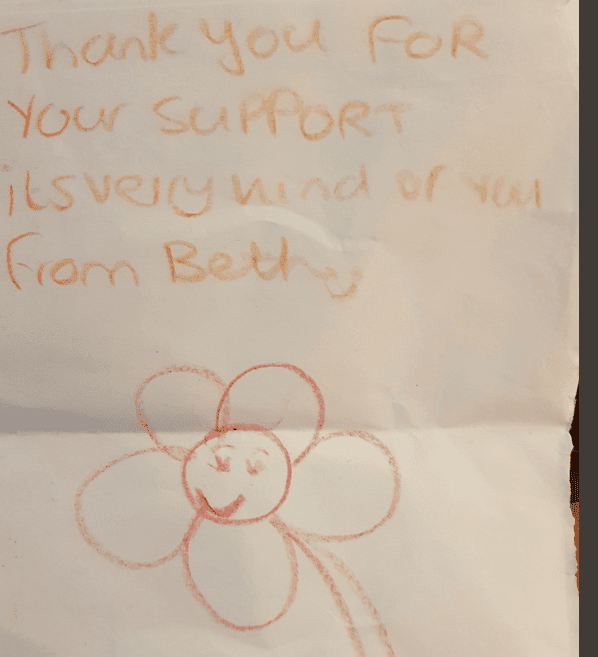 UPDATE 15 December 2018: Since the Radio 4 programme and this blog post, Jeremy has sadly had to continue his campaign for his daughter to be moved from St Andrew’s hospital to live somewhere that will meet her needs. This case has increased public awareness of the unsuitable conditions in which many children are being detained – in ATUs (Assessment and Treatment Units). Jeremy has given evidence to the Parliamentary Human Rights Committee. The Equality and Human Rights Commission and Mencap are taking legal action on behalf of Beth. You can read about the current issues at Rightsinfo. These developments are unlikely to have happened if Jeremy had not been allowed to talk to the media.

On Saturday, 13 October, the Times reported: ‘Father beats legal bid to silence him over autistic girl in hospital “cell” ‘ [paywall]. Social affairs editor, Greg Hirst, reported that Jeremy (who is not using his surname publicly) succeeded in contesting an application by Walsall Metropolitan County Borough Council for an injunction to stop his social media campaign that is drawing attention to the plight of his 17-year-old-daughter.

Bethany has autism and severe anxiety and is currently detained under the Mental Health Act 1985 in one room (12 by 10 feet) at St Andrew’s Hospital, where she gets her food through a hatch in the door. Jeremy is only allowed to talk to her through the hatch and is convinced the environment is the wrong one for his daughter. He has said that this situation has been ongoing for 16 months since the agencies involved assessed Bethany as requiring a placement in the community, not in a hospital. However, she is still there,  getting more anxious and lonely.

The Times coverage is largely accurate and fair, although describing the application as ‘an extraordinary legal battle’ is probably exaggeration. In a situation reminiscent of that facing Mark Neary in 2011, Jeremy had turned to the media to try to get an improvement in Bethany’s treatment, and a local authority have tried to stop him.

The BBC Radio 4 programme ‘File on 4’ featured Bethany’s case as an example of government failure to fulfil its promise in 2011 that people with learning disabilities would no longer be ‘stuck’ in unsuitable institutions, following a scandal at a unit near Bristol called Winterbourne View. This programme was broadcast on 2 October. Jeremy joined twitter as ‘Bethany’s dad’ after the programme, and already has more than 1,000 followers.

Last Thursday, Jeremy tweeted that he had, the previous Monday, been served with an application for an injunction to stop publicising the case. He agreed to stop until the court hearing, where he successfully defended the application through a combination of support from Mencap and the Access to Justice Foundation. He is now able to write about Bethany again, apparently unrestricted. A twitter follower suggested he post his experiences on a site called Medium – you can read his account of how twitter has helped him since File on 4 here and about his court hearing here. He has raised £850 toward his legal costs through crowdfunding, but fortunately Walsall was ordered by the court to pay the costs (of Access to Justice).

We learned from the File on 4 programme that there is currently an estimated 250 children locked up in unsuitable units when they should be living in the community with support. The stories of some of the many people with autism and learning disabilities who are (wrongfully, according to their families) being detained, are now in the Rightful Lives Exhibition.

In the absence of a published court judgment about the reporting restrictions application, it is difficult to know what the Council were concerned about – was it Bethany’s rights and welfare? or was it (as Rightful Lives might suggest) Jeremy’s exposure of the failing system? As he himself asks – why did Walsall only name him and Bethany’s mother, and not the BBC (which has had the programme on iPlayer ever since it was broadcast)?

Legally, who makes decisions about Bethany?

In File on 4, Jeremy mentioned that Bethany has legal capacity. If so, at 17, the starting point is that she should be making her own decisions about treatment, but as she is detained under the Mental Health Act, she can’t just leave.

On what legal basis did Walsall apply to stop Jeremy publicising the situation?

This isn’t clear to us. Bethany is looked after under a care order, that gives the Council shared parental responsiblity which they felt they needed to exercise. In any event, according to Jeremy, the judge said their application was ‘ill-considered’ when he allowed it to be withdrawn.

We can’t know from Bethany herself how much publicity she wants, but Jeremy says she has the capacity to understand and agree to it, and there hasn’t been any indication that she has told professionals she is unhappy about it. Indeed, she has thanked wellwishers (via her parents).

Is there a public interest in knowing about Bethany?

Yes, especially if it gets her (and others) moved.