News from the latest Cafcass Open Board Meeting: Thoughts from the new CEO 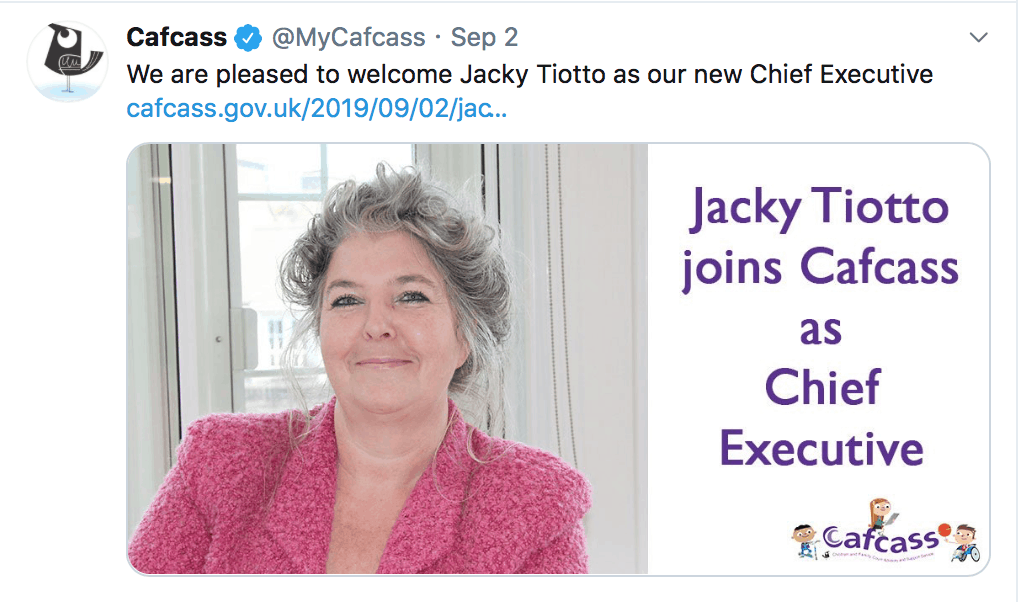 Cafcass hold two board meetings in public each year to promote transparency, engagement and trust. They normally alternate between topic based and ordinary working board meetings held in public. This time they held back their open meeting to Wednesday 9th October, in order to involve (and unveil) newly appointed Chief Executive Officer, Jacky Tiotto, after a long period of interim governance.

The minutes of that open board meeting will be published here by February 2020. In the meantime we flag a few points of potential interest for those not able to attend.

Early impressions and priorities from the new CEO

Jacky Tiotto offered early impressions and emerging priorities based on her first 6 weeks in post, and in the context of the newly published Cafcass strategy for the next four years.

Among the priorities she identified as pressing were:

Watch out also for:

Cafcass remain the only part of the family justice system consistently holding board meetings in public, so far as we know. They’ve done it for several years now. They also consistently publish the minutes of their meetings. The Family Justice Council have held open meetings but don’t appear to have maintained the initiative. The Family Procedure Rule Committee hold occasional open meetings (and have now published minutes outstanding since November 2018).

The Cafcass open board meetings are a welcome contribution to transparency, both as a model and in themselves. The next is due to take place on 22nd January 2020. We imagine it is likely to be topic based. Members of the public can attend if successfully registering ahead.