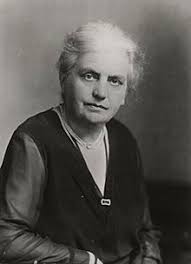 Image of Eleanor Rathbone MP., who the President describes as holding an honoured place amongst the family law reformers of the middle 20th century.

Younger readers may not be aware that the Sunday Times was once a serious newspaper. Yesterday’s edition  featured the unsubtle headline ‘I put it to you m’lud that you are a dimbo who is wrong to trash traditional families’ [Paywall] above a column by Rod Liddle, which turned out to be a series of jibes about the intellectual ability and physical appearance of a senior judge, Sir James Munby. (We suspect the reference to eyebrow waxing might be a confused memory of his predecessor as President of the Family Division, Sir Nicholas Wall, who did possess formidable eyebrows). Like many other people, we here at The Transparency Project are concerned by the constant belittling of the judiciary in the mainstream press, such as happened in the Gina Miller (Article 50) case; in the Charlie Gard and Alfie Evans cases, and so on.

Unfortunately IPSO, the press ‘regulator’, declines complaints about judges being misquoted. Here, the Sunday Times piece uses just one paragraph – about diversity of family form – of a wide-ranging lecture on family law and social justice, to attack Sir James.

Without repeating the potentially libellous statements made by Mr Liddle here (although a successful libel claim now requires serious damage to one’s reputation and presumably no one ever takes Mr Liddle seriously), they can be paraphrased as:

“Everyone knows that we are going to hell in a handcart because of the breakdown of the traditional nuclear family except the [insert childish name-calling epithet here] judge who heads up the family courts”.

While Mr Liddle would undoubtedly defend any claim for libel as this being his ‘honest opinion’, it is odd that he himself is noted on Wikipedia as admitting to adultery and domestic violence (NB we haven’t independently verified any of this but if the details are incorrect he has not troubled to have them amended.)

A week prior to Mr Liddle’s taunts, the Daily Mail had trotted out the tired headline about “fury” greeting Sir James’ remarks on the diversity of family life. This fury consisted of a bit of a grumble by Ian Duncan Smith.

For those with a larger concentration span than these Sunday Times and Mail writers, you can read  Sir James’s lecture here. He had been invited to give the Eleanor Rathbone Social Justice Public Lecture in Liverpool on 31 May.  It’s pretty dense, admittedly, but he packs in an awful lot of thoughtful stuff about what is wrong with it family justice system. To suggest he is being complacent about family breakdown could not be further from the truth.