McKenzie Friends: Getting help in court if you don’t have – or don’t want – a lawyer 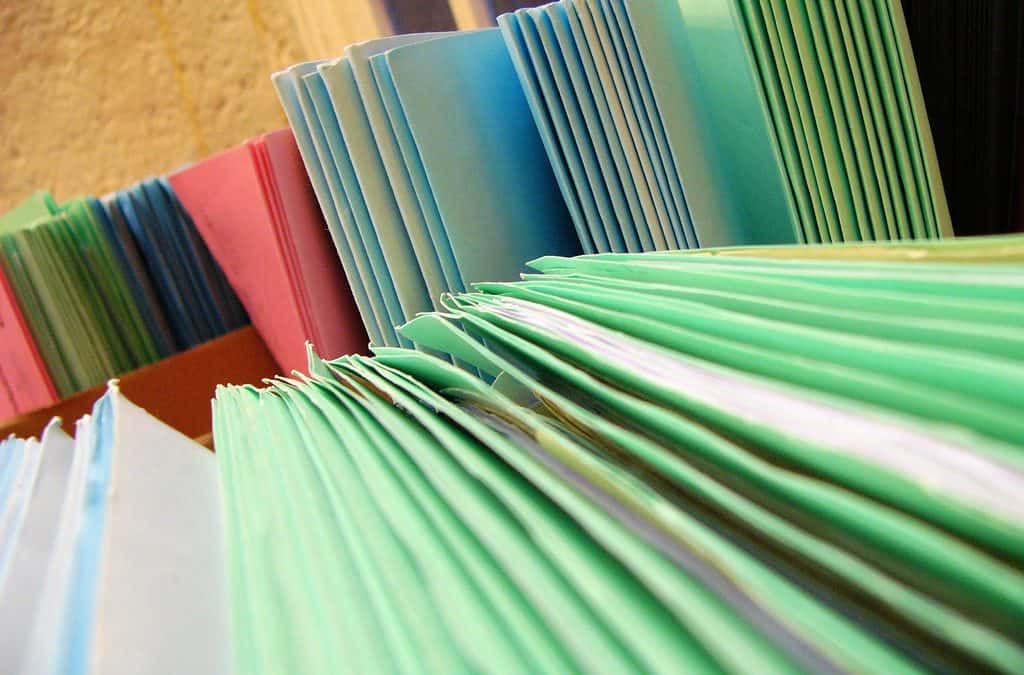 Legal Futures and the Transparency Project wrote about it at the time, though this had slipped some of our minds.

It was recently re-published on BAILII  (or perhaps moved) which made it look to readers like an old judgment being published for the first time:

Judgments are often not published contemporaneously for various reasons (from judicial workload to purposeful delay to protect criminal trials). We’ve often wondered if an electronic equivalent of a BAILII date stamp showing date of publication, would help journalists and the public, alongside the case-heard and judgment-given dates that are already recorded by the Courts on the face of the judgments:

In any event, we thought it worthy of further comment now, given the obvious current interest it still evoked, and the continuing and unresolved concerns behind the debate about the role of ‘McKenzie Friends’ – those people who are usually untrained and unqualified but who offer help and support to litigants in family cases:

I wonder why that case came up on Bailii today? From 2017 | Judge warns of "blurred lines" between lawyers and McKenzie Friends – Legal Futures https://t.co/mMvAd6oAHN via @legalfutures

What is a McKenzie Friend? And what are the concerns?

A McKenzie Friend (MKF) is someone who assists a litigant in person [LiP] in respect of legal proceedings. They are generally not qualified lawyers and got their name from the case of McKenzie v McKenzie [1970] 3 WLR 472. They are usually allowed to help LiPs but it is at the court’s discretion and the LiP will have to get the court’s permission if its a case concerning children, which are not usually held in open court.

The strict definition of a MKF applies only to to someone providing a LiP with ‘reasonable assistance’ (moral support, taking notes etc) but it is also often used to describe individuals who are granted rights of audience on a case by case basis. Thus the terminology is potentially unclear.

Guidance was issued in 2004, 2008 and in 2010 about MKFs. There has since been a significant rise in numbers of LiPs in response to cuts to legal aid funding. This has fuelled an increase in the number of MKF who were offering services for a fee – commonly known as ‘Professional McKenzie Friends’.

I have commented before on my worries about the activities of those attending court or attempting to manage litigation, who are unqualified in the family law field. Not only are they unregulated and less likely to be insured but many appear to be driven by their own difficult and painful experiences in the family courts. This of course does not automatically mean they cannot offer helpful assistance to others, but it does raise a legitimate question about their underlying motivations and consistent ability to to take an objective approach to the case before them.

In February 2016 the Lord Chief Justice issued a consultation paper about the court’s approach to McKenzie Friends. Responses were required by 29th May 2016 and this project has evidently been kicked into the long grass as no further updates have been received. This is a great shame as the growth of fee charging MKF post dates the 2010 Guidance which needs urgent updating.

There is no doubt that ‘responsible’ MKF can be of great assistance to both LiPs and the court and they are going to continue to play a role in the changing legal landscape, where legal aid becomes less available but litigation no less expensive or emotionally difficult. However, there are obvious dangers to which all LiPs need to be alert and which are set out helpfully in the H (Children) case.

What went wrong in this case? And why was the MKF excluded?

HHJ Atkinson was dealing with an appeal made by the mother and her MKF Mr Bright, against an order of a district judge to exclude Mr Bright from any further hearings about the mother’s dispute with the father regarding their 2 children.  She comments at para 3 of her judgment:

The facts of this case illustrate how significant the impact can be where there is no clear understanding of, or respect for, the limitations on their role by the third party offering non-regulated legal assistance. Meanwhile, the person left to police the non-regulated representative is the Judge with the result that precious and hard pressed judicial time is diverted to matters of third party involvement when the focus should be the children.

The dispute between the parents was long running and involved intervention from a number of agencies. The children were represented through their guardian but neither parent had lawyers. The mother engaged the services of Mr Bright who runs a company called Maxim Legal and Commercial Ltd. In t’he very small print’ he sets out that he provides ‘support services’, is not a solicitor and is not regulated by the SRA.

Mr Bright clearly took up a central role in ‘supporting’ the mother’s case and communicated directly with professionals and the father on her behalf. By 2014 the father had become fed up and asked the court to grapple with his fear that Mr Bright’s involvement was now detrimental to the process. The district judge discovered that Mr Bright had been wrongly recorded as a solicitor ‘acting for’ the mother and gave this warning

AND UPON the court stating that Marcus Bright of Maxim Legal does not act for the Mother, has been on the court record erroneously and does not have the permission of the court to see documents filed in these proceedings and should not be communicating with third parties including the children’s schools about these proceedings”

The district judge later commented that his involvement was ‘unreasonable’ primary, because It resulted in a proliferation of unnecessary paperwork and she had serious doubts as to whether Mr Bright understood duties of confidentiality and disclosure that operate in Children Act proceedings. She therefore exercised her discretion to exclude him from proceedings.

At para 47 of her judgment, HHJ Atkinson set out the relevant parts of the 2010 Guidance which discuss when a MKF should be excluded

MKFs may not: i) act as the litigants’ agent in relation to the proceedings; ii) manage litigants’ cases outside court, for example by signing court documents; or iii) address the court, make oral submissions or examine witnesses….. A litigant may be denied the assistance of a MF because its provision might undermine or has undermined the efficient administration of justice. Examples of circumstances where this might arise are: i) the assistance is being provided for an improper purpose; ii) the assistance is unreasonable in nature or degree; iii) the MKF is subject to a civil proceedings order or a civil restraint order; iv) the MKF is using the litigant as a puppet; v) the MKF is directly or indirectly conducting the litigation; vi) the court is not satisfied that the MKF fully understands the duty of confidentiality.”

A clear and worrying example of Mr Bright’s behaviour which demonstrated his unsuitability to offer assistance in the present case was highlighted by the correspondence that Mr Bright in fact relied upon to support his case for continuing involvement. The judge noted at para 60:

Again, in April 2014 the F asks Mr Bright to stop emailing or else the police will be involved. The response is this: in the event that the police are involved “I will explain to them that they have no jurisdiction to prevent me from communicating with you regarding the existing proceedings….I have no option but to communicate with you. Indeed I have a legal obligation to do so…..my standing as your ex-wife’s legal advisor is well recognised by the Court…” This pattern of F asking Mr Bright not to contact him and Mr Bright responding saying he has no choice but to accept his communications, has continued throughout the litigation. These are unpleasant exchanges and yet they are produced by Mr Bright himself and relied upon by him to demonstrate that the F was communicating with him whilst failing to see how inappropriate they are. A legal representative communicating with F in that way would be severely criticised.

Mr Bright made various arguments that he was in fact an ‘agent’ or an ‘intermediary’ but the Judge was  clear in her final determination at para 70.

I finish with this: during this case the McKenzie Friend in question has on occasions described his role as ‘quasi-solicitorial’. There is no such thing as ‘almost’ a solicitor. You are either a solicitor or you are not. Significantly, if you are, you are bound by your professional duties and you are externally regulated. Whilst a “professional McKenzie Friend” is not subject to regulation in the way that barristers and solicitors are, the powers utilised by DJ Major in this case are available to ensure that the limits within which non-regulated third parties are permitted to operate are respected and the absence of professional rules does not permit the interference with justice. The proper exercise of these powers, as I have already observed, takes time and effort which is inevitably to the detriment of the substantive issues in the case. Given the objections raised by the father, legitimately as it turns out, the Judge had no alternative but to deal with them and in my Judgment she has done so properly. Nevertheless this has taken up hours of court time when the focus of the litigation should have been the two children subject to the applications. If ‘professional’ McKenzie Friends are to assist parents in such emotionally fraught cases they must be sensitive to these issues and mindful of the dangers of becoming an irritant hindering the process rather than giving the assistance that the courts have been used to in the past.

Questions you should ask if you want to instruct a MKF

In 2015 Paul Magrath and I wrote a ‘litigant’s Guide’ for the ICLR website and set out some questions you should be asking:

For further information about MKF and what other options are available to LiPs see ‘ What if I don’t have a Lawyer?

The Society of Professional McKenzie Friends have a directory with their members’ details.

Image: Dossier by Frederick Bissonon at Flickr – with thanks