Is the Court of Protection really facing “rocketing” financial abuse by attorneys and deputies? 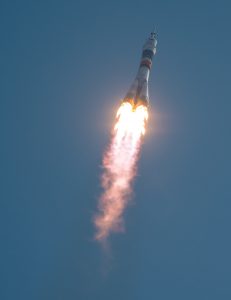 A recent article in the Daily Telegraph claimed that “Record numbers of people trusted to look after the finances of those lacking the mental capacity to do so are being struck off by the authorities.”

The article’s headline was even more stark: “Financial abuse rockets as more power of attorneys challenged by courts”.

But is that really the case? We decided to check their figures and see if they were justified in stirring up the anxiety such a statement must be bound to cause anyone considering granting or exercising a power of attorney.

Attorneys, Deputies and the Court of Protection

First, a quick explainer. The Court of Protection exists to protect the interests of adults who lack the mental capacity to decide things for themselves, and to resolve disputes about where they should live, how they should be cared for and medically treated, and how their property should be managed. In many cases, a person in such a position will have granted a power of attorney to another person or persons, giving them the power to make decisions on their behalf. If they have not done so, the Court of Protection may appoint a deputy to exercise those powers. Or, in the case of urgent medical treatment or a decision about where the patient should live, for example, the court itself will make the decision.

Under the current law new powers of attorney, known as Lasting Powers of Attorney, have to be registered with the Office of the Public Guardian (OPG). Both LPAs and deputyships can be one of two types:

The current statute dealing with the role and duties of attorneys and deputies is the Mental Capacity Act 2005, under which a Code of Practice has been issued. If an attorney or deputy acts in breach of their duty to act in the donor’s or patient’s “best interests”, they can be reported to the OPG. The OPG can refer the matter to the police or social services, or apply to the Court of Protection to intervene.

Is financial abuse by attorneys rocketing?

According to the Telegraph article, while the number of new attorneys and deputies has rapidly increased in recent years (no doubt much as was intended following the enactment of the 2005 Act), the number of attorneys being investigated and discharged has seen an “even quicker rise”.

But let’s try to see these figures in proportion. There’s no doubt the numbers of new LPA registrations has rapidly increased in recent years, as this chart from the Family Court Statistics for the last quarter of 2015 shows. (EPAs or Enduring Powers of Attorney were those created before the 2005 Act, which continue to be registered, though in relatively small numbers.) 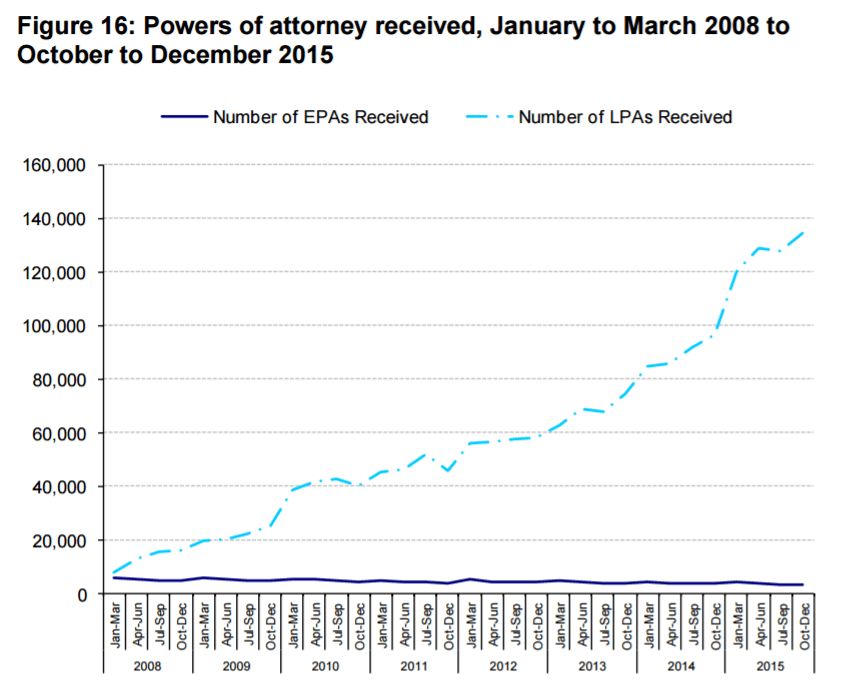 In consequence, there are currently over two million registered LPAs plus some 58,000 deputyships.

Against that massive figure, the Telegraph reports that in 2013, 68 attorneys or deputies were removed from office for reasons of financial abuse or theft. This figure rose to 203 in 2014 but fell to 172 in 2015. The numbers investigated were higher, ranging from 487 in 2013 to 885 in 2015, but (even allowing for a time-lag between investigation and removal) it seems the majority of those investigated were not found to have done anything bad enough to justify their removal.

So somewhere between a fifth and a quarter of those investigated turn out to be bad apples, and these form something like 0.00836% of the total number acting. That’s less than one in ten thousand. That doesn’t seem like much of a rocket. More like a damp squib.

The non-story is the story

The problem for the Telegraph and other newspapers is that any idea of the Court of Protection and the Office of the Public Guardian continually protecting people from fraudulent relatives and carers doesn’t fit in with their oft-repeated claim that the court is “secretive” and operates in a sinister way “behind closed doors”.

So when they do come across a story about the court removing a deputy (see Citywire, 92-year-old’s wealth ‘looted’ by relatives with power of attorney) they like to suggest it must be only the “tip of the iceberg”.

Likewise we get, in the Daily Mail, Handyman took £200,000 from woman, 89, after secret court gave him control of her bank account.

These are scandalous cases, but they are rare. And as the Daily Mail itself admits in that article, “Details of the case were disclosed in a Court of Protection judgment under new legal rules demanding greater openness.”

Thus we can read for ourselves the case reported in Citywire: MJ and JM v The Public Guardian [2013] EWCOP 2966.

And the case reported in the Daily Mail is Re DP (Revocation of Lasting Power of Attorney) [2014] EWCOP B4.

So, far from being “secretive”, in each case where something has gone wrong and the court has put it right, the court has then published the judgment so everyone can read about it. And while there may be some cases that don’t come to light, the numbers quoted are by no stretch of the imagination “record numbers”. In short, there is no iceberg, and no rocket.

[Thanks to Barbara Rich who flagged this up on Twitter and provided help with statistics.]