Is high quality journalism sustainable? Our evidence to the Cairncross Review 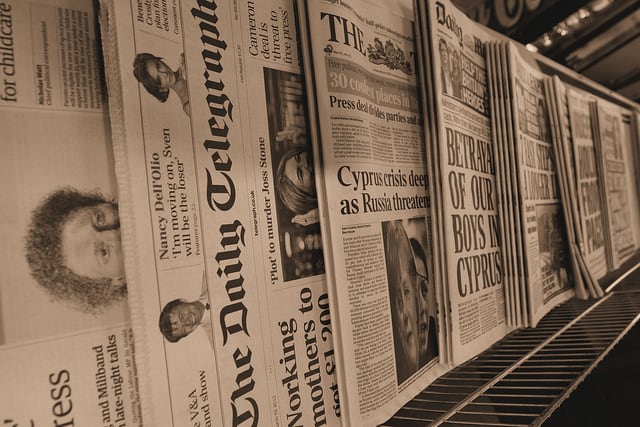 The Cairncross review was set up by the government in March 2018 to investigate “how to sustain the production and distribution of high-quality journalism in a changing market”. It is chaired by Dame Frances Cairncross (a former journalist) and is supported by an advisory panel of experts in the fields of journalism, academia, advertising and technology. The review will examine:

The government says that the review “will give equal weight to the needs of consumers and the industry”. It has published its Terms of Reference.

The call for evidence

The review called for evidence to be submitted by any interested organisation or individual. We at the Transparency Project have an interest in high quality journalism not least because one of our aims is to improve the quality of legal coverage in the mainstream media, particularly in relation to family law, and also because much of what we produce is itself a form of journalism. We have also had occasion to complain about low quality journalism in the press, both officially to the publishers and their regulator, IPSO, and more generally through our commentary. So although many of the aspects of the Cairncross Review are outwith the scope of our activities, we felt there were aspects on which we could legitimately and usefully submit evidence.

In particular, we felt that there was an opportunity for the review to consider the possibility of high quality journalism being supported as a charitable activity, as being for the public benefit in the same way as artistic, educational and cultural activities. We said:

That would justify both tax relief which might make journalism meeting the criterion of serving a charitable purpose more viable, and help such organisations secure subsidies and grants.

The conditions imposed would preclude journalism serving political purposes and journalism mixing opinion with fact, and would require a regulatory framework that was more stringent in relation to inaccuracies of fact, including omission of relevant and easily discoverable fact. In terms of oversight of content, the communications regulator Ofcom could play a regulatory role here.

Other comments and submissions

There has been some criticism of the way the review has been set up and the composition of its expert panel. Although the terms of reference appear to be based on the assumption that the main threats to high quality journalism come from digital advertising, search engines, and social media, there are grounds for suggesting that the decline of quality journalism may be attributable just as much if not more to other factors, such as the way publishers have commercialised their operations in recent decades, cutting journalistic and editorial resources to increase profitability rather than in response to adverse market conditions, and compromising their independence in exchange for political influence. In its submission to the call for evidence, the National Union of Journalists cites “failing business models, extensive job cuts and derisory working conditions”.

Moreover, the unflinching opposition of the vast majority of publishers to effective independent regulation and to Part 2 of the Leveson Inquiry suggests that their interest in supporting the Cairncross Review is less about protecting high quality journalism in the public interest and more about preserving their capacity to monetise it in the interests of their own shareholders.

Various solutions have been proposed, including direct subsidy (opposed by the regulator IPSO on the ground that it would obviously compromise independence of the press), indirect subsidy, a further raid on BBC licence fees, some sort of levy on digital advertising, or even direct regulation of internet search engines and social media platforms. The review has promised to publish any responses to its call for evidence (unless explicitly flagged ‘not for publication’) so they will all be available eventually. The following links are to a representative selection of views.

Responses from journalists and editors:

See also, on this blog, Crisis in Our Courts – and How to Solve it (about an earlier proposal to subsidise local journalism) and Press regulation: the end of the road for Leveson reforms

In the Guardian, some observations by their media correspondent Roy Greenslade at the beginning of the process: Last chance to fill in the blanks on funding journalism’s future