From private law proceedings to filicide 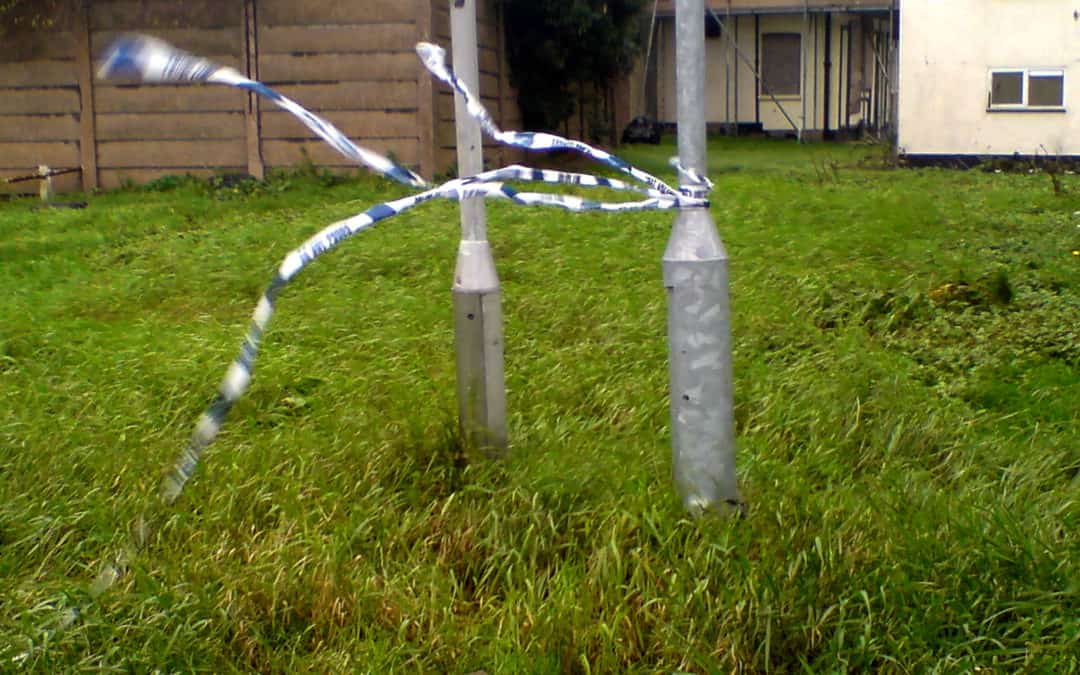 My name is Annie, and some of you may know me as the author of Surviving Safeguarding; a parents’ guide to the child protection process. I’m a birth parent who has been through several sets of concurrent public and private law proceedings and now writes and advocates for other parents going through the child protection system in England and Wales. I was appointed as one half of the Project Coordinator role for in October 2018 and this is my first Blog post for the Transparency Project.

On the 12th of December, a Serious Case Review (SCR) was published by Shropshire Safeguarding Children Board pertaining to the death of a child, known throughout the report as “E”. The same day, BBC News ran a story identifying the child as Archie Spriggs; a boy of seven who had been killed in his own home. His mother, Lesley Speed, was found guilty of his murder earlier this year and sentenced to life in prison with a minimum term of 18 years. The murder of a child by his or her own parent is known as “filicide”.

The case of Archie Spriggs has raised many concerns for me around the anonymisation of Serious Case Reviews, the pressure and stress caused by private law proceedings – particularly since the cuts to legal aid, and finally the issue of the gender of the perpetrator.

The family of Archie contributed to the SCR and to the court case and I write this, having lost a child myself, mindful and respectful of what they are going through.

What is a Serious Case Review? (It should be noted that SCRs are being replaced by Child Death Reviews in response to a review by the former President of the Association of Directors of Children’s Services, Alan Wood.)

Why are SCRs anonymous and is it right that they are?

The Serious Case Review report in respect of Archie is referenced in many local news reports including BBC local news, and it is fairly simple to find it on the internet by searching for the Shropshire Safeguarding Children Board. As a layperson with limited knowledge of the law, I found it really easily and was surprised to see it anonymised.

Working Together to Safeguard Children 2018  goes some way to answering this. Chapter 4: Improving child protection and safeguarding practice, states in paragraph 39:

When compiling and preparing to publish the report, the safeguarding partners should consider carefully how best to manage the impact of the publication on children, family members, practitioners and others closely affected by the case. The safeguarding partners should ensure that reports are written in such a way so that what is published avoids harming the welfare of any children or vulnerable adults involved in the case.

However, this guidance is very wide and it’s not clear in Archie’s case if his family had specifically requested the anonymisation, or if the report authors had made the decision to do so (and if so on what basis).

I find this troubling.

My son took his own life in May 2017. At his Inquest, I was able to cross-examine the professionals who I believed had not done enough for my child. I wanted it to be noted in my son’s file that I felt this way. I knew my own failings, but I felt that others had let him down too. If there was any possibility of preventing future deaths, I wanted these people to be named and held accountable and for that to be on public record.

I recognise not every family member will feel like I did and that my son’s death is different to Archie’s. However, I do feel that if the State fails in its duty of care to a child, that the anonymisation decisions should be led by the parents/family members – or at least directly discussed with them and their views on it plainly set out in the introduction to the SCR. Anything less risks muddling a council’s preference for less publicity with proportionate reasons for anonymising.

The unusual context of Archie’s murder just before a family court hearing is also striking.

Archie was born in January 2010 and was described as an “active child with a great sense of humour”. He was reported to have worked hard at school, showing a particular aptitude for mathematics, and was kind, caring and well-liked amongst his friends. His home life however seemed strained: the SCR states that his mother and father had split acrimoniously when he was only a few months old and his father had applied to the court for contact. Cafcass carried out safeguarding checks and deemed there to be no role for them to play. Archie’s father was granted unsupervised contact from May 2011 onward.

From then, there are reports of a number of referrals and concerns raised by professionals, all of which were either downplayed, or in some instances not responded to – according to the SCR. Calls were not returned, emails were not opened, Cafcass were not given all of the information they should have been given. It appears, from reading the SCR, that Archie’s father felt his contact was being frustrated by the mother, Lesley Speed, and that preference was given to her as a mother by professionals and by the court because of her gender.

Finally, in early August 2017, Archie’s father made an application to court to enforce the Child Arrangements Order (in place from February 2016) and requested that Archie live with him. Cafcass conducted safeguarding checks again and recommended a Children Act 1989 Section 37 report, concerned that Archie was caught up in the middle of issues between parents and the associated impact on him of allegations and counter allegations made by his mother and father.

Both parents were due to attend a court hearing on the 21st of September to begin the decision making process in respect of Archie’s living arrangements. Lesley Speed did not attend this hearing and, upon her partner returning from work that evening, a call was placed to the emergency services who pronounced Archie dead at 6.41pm.

After his death, letters written to family members by Lesley Speed were found detailing her intention to harm herself and Archie.

What does the research say?

The SCR’s author considered a study into filicide in the context of separation, divorce and custody disputes. This research analysed 128 filicide killings between 1994 – 2012 and draws on other research that has been carried out in this field. Within the context of this post, two key areas are noted:

(“Filicide – suicide. The killing of children in the context of separation, divorce and custody disputes.”
Kieran O’Hagan 2014)

So, could Archie’s death have been prevented?

The answer is yes and no. The notion that professionals can entirely eradicate child death is a misconception. Sadly, some parents will kill, or abuse their children, no matter how much, or little, intervention or support is put in place.

However, the fact that Archie’s death occurred the same day his parents were due to attend court for a preliminary hearing to decide where he would live and with whom he would have contact is of huge significance.

The Public Law Project wrote a paper in April 2018 which discusses the impact of the cuts to legal aid in respect of private family law cases.  One of the many concerns raised by them around the cuts is: “The absence of legal aid funding for initial advice [which] prevents early intervention, prolongs disputes, and makes processes of alternative dispute resolution more difficult for people to access…”.

Upon reading Archie’s SCR, it appears that whilst his father had access to legal advice, there is no mention of his mother having had the same. I can’t be sure that she didn’t have a solicitor, but as there is no mention throughout the SCR, I can only surmise that she did not. If that is the case, that in itself would have put further pressure on an already difficult situation. Combine the lack of legal advice and/or representation with pre-existing mental health problems, an acrimonious relationship between the parents (as stated in the SCR) and an expectation that an unrepresented party will be able to conduct proceedings as a litigant in person, and you have a ticking time-bomb. I’m not saying that in these circumstances parents will go ahead and kill their children, but what I am saying is that the cuts to legal aid funding make navigating private law proceedings as a litigant in person extremely difficult. There is vastly conflicting advice on the internet, and even the notion of the authority of the court is quite terrifying. It’s easy to see why parents get overwhelmed.

Archie’s father makes the point in his Victim Impact Statement that he feels the court process, and even the involvement of professionals favours mothers:

There is something wrong with a system which allows one parent to dismiss legal proceedings without consequence and an even bigger problem when, despite laws on equality, the assumption is that a mother must be ‘good’ and a father ‘bad’.

I did all I could to protect my son but was denied the support I needed to do so.

One person committed this heinous act against an innocent little boy but others were also complicit. Archie’s death could have been avoided. He should be with me now.

What about the issue of gender and filicide?

A study published in 2013; “Filicide: Mental Illness in those who kill their children” by Sandra Flynn, Professor Jenny Shaw from the Centre for Mental Health and Risk, and Professor Kathryn Abel, from the Centre for Women’s Mental Health, based in the Institute of Brain Behaviour and Mental Health at The University of Manchester found that the ratio of maternal to paternal filicide was 2:1, meaning fathers were twice as likely to kill their own children than mothers. Whilst this study was based around the issue of the prevalence of mental illness and filicide, the figures relate to all instances where a parent kill their own child or children.

Does the concept of a mother killing her own child shock us more because of these statistics? Would we feel differently, and indeed would the press have reported the case differently were it Archie’s father who had committed this crime, as opposed to his mother?

What can we learn from this?

Upon reading the conclusions and recommendations from the Serious Case Review, it’s clear that there were missed opportunities by services to safeguard Archie. There will be learning from this for Shropshire, and for us all.

It’s also clear that the connection between Archie’s murder and the court date is of tremendous significance. More support for families who are having to navigate private law proceedings without legal representation  is desperately needed, particularly for those parents who suffer from mental health problems.

His family have to live with the reality of his loss forever. Having lost a child, I know some of their pain. The exacerbation of trauma and grief from the knowledge that Archie’s own mother took his life is something that will never leave. We can’t stop parents from killing their children. But this is a case which should provoke serious consideration of the impact of the loss of legal support in complex private law proceedings.