Fit for the future: transforming the court and tribunal estate – the Transparency Project’s response to the MOJ consultation 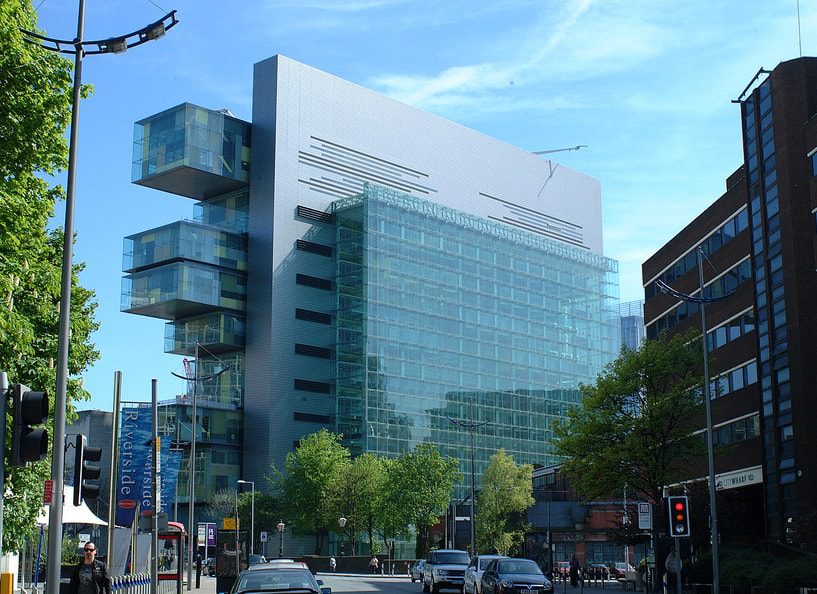 The Ministry of Justice recently ran a consultation on the future strategy for HM Courts & Tribunals Service (HMCTS) in its approach to court and tribunal estate reform, viewed in the context of the current digital modernisation programme. The consultation was said to be aimed at court users, magistracy, judiciary, and “anyone else with an interest in the provision of justice arrangements in England and Wales”.

The Transparency Project responded to the consultation, answering those questions which seemed relevant to its objects, and to the experience of its members as court users and legal commentators. The response was prepared by Judith Townend and Paul Magrath on behalf of the Transparency Project, and was submitted on 29 March 2018.

The future strategy for court and tribunal estate reform on which views were sought in the consultation involves closing a number of civil and criminal courts, and redistributing to other courts those cases which still require to be heard in a physical court building. The justification for the reorganisation is partly to save money on the costs of maintaining sometimes under-used older buildings, and partly the opportunity to improve or build other courts which can be used more efficiently. At the same time, the development of alternative types of hearing, such as virtual (or video) hearings not requiring the physical attendance of parties at a court building, and online dispute resolution (the Online Court) are expected to reduce the demand for physical court facilities in the future.

HMCTS recognise that closing local courts will mean some people need to travel farther to reach their nearest court and that this may impact on access to justice. They have also run separate consultations on a number of specific court closures. We have not responded on those specific court closures, nor have we responded to all the questions asked in the general consultation.

We set out below the responses we have given to the questions which we thought relevant to the work of the Transparency Project in the advancement of the education of the public and the promotion of the sound administration of law, particularly in relation to family law.

2 What is your view of the delivery of court or tribunal services away from traditional court and tribunal buildings? Do you have a view on the methods we are intending to adopt and are there other steps we could take to improve the accessibility of our services?

Courts and tribunals must be open and accessible to public view in order to provide open justice and transparency, and the same must be true where court or tribunal services are delivered away from traditional court and tribunal buildings. The Judiciary and HMCTS must consider how individual citizens of varying levels of digital competence and access are able to access public court documents and public court proceedings.

Providing more digital resources could be of great benefit to people with disabilities that prevent them from attending and observing court. In this way, greater digital access could improve access to court materials for some people. However, if the sole method of access is via digital means, there is a risk that some people of limited digital means will be unable to attend court as a public observer or access materials to which they are entitled. The different methods described should not be available only to direct participants in court cases, but also public users of the courts who wish to observe hearings, or access documents.

It is essential that measures are put in place for public access to public court proceedings that are conducted via virtual means, such as video, telephone and online services.

For the avoidance of doubt we consider that open justice requires either physical or digital access to public proceedings without prior or special arrangement – i.e. any courts access system should allow members of the public (including the media) to attend or view public proceedings without pre-booking places. On our current understanding, it appears that the proposals will lead to significant numbers of proceedings being conducted in effect in private, where these are currently conducted in public. We urge the Ministry of Justice and Judiciary to provide more detail on their specific plans for physical and digital access to virtual proceedings and open these plans to further consultation.

The impact on open justice and access to court information should be considered as part of any plan to introduce online procedures that replace proceedings that would have otherwise taken place in open court. A functioning justice system must be observable by third parties – not only by members of the press, but ordinary members of the public, and other professionals such as those working for NGOs or in research.

3 What are your views regarding our analysis of the travel time impacts of our proposals? Are there any alternative methods we should consider?

Time is not the only issue. Cost and convenience (eg having to change trains, transfer between train and bus, take more than one bus, etc) must also be factors. Cost and availability of taxi services or parking should also be considered.

4 Do you agree that these are right criteria against which to assess capacity? Are there any others we should consider?

Travel time needs to be multiplied by the number of people likely to have to travel a given distance. Courts need to be local to the majority of their users. Proximity of relevant support services (cafes, etc) is also relevant.

5 What is your view on the proposed principles and approach to improving the design of our court and tribunal buildings? Do you have any further suggestions for improvement?

In view of the delay and inconvenience resulting from heightened security concerns, and issues such as the bringing of hot or cold drinks into the court building, consideration should be given to: (a) proper provision of catering services within the court building, during all the hours when courts are operating. (b) the provision of a separate entrance for accredited professional users of the courts, including barristers, solicitors, police officers et al, with eg fingerprint ID systems to admit registered court-using professionals.

Policies for the prohibition on bringing certain items into court buildings should be consistent, carefully thought through and justified, and widely publicised, eg on a website accessible to the public.

Public notices and/or leaflets should be provided in every court setting out clearly, for the benefit both of the public and media and of the court staff who work there, the rules governing sittings in open court, and the limited circumstances when certain persons may be excluded from the court or from access to information. (There have been a number of cases recently where media representatives or the public have been wrongly excluded, or wrongly told they may not write notes, etc.)

6 What are your views on our approach to people and systems? How do we best engage with the widest possible range of users as we develop scheduling and listing systems? What factors should we take into account as we develop our plans?

Systematic and comprehensive criminal listings and results have not been published online by the courts previously, so if the proposal is to publish these on court websites and to the open web, this is a matter on which there should be further consultation.

Legal professionals and justice charities (such as those representing ex-offenders), as well as media organisations should be consulted on such plans. It might be appropriate, for example, to make such data available via a restricted database for a limited period of time, rather than automatically publishing to the open web.

Consideration should be given to the introduction of safeguards, limits or access filters to prevent a possible conflict between publication of information about criminal convictions and the Rehabilitation of Offenders Act 1974. We would also welcome consideration of any data protection issues, both under GDPR and the current Data Protection Bill.

8 What is your view on our proposed approach to future estates consultations?

Not only does the public need an opportunity to respond to proposed changes in public access, the courts must also consider the ramifications of systematic digital publication and dissemination of courts data for the subjects and other participants in court proceedings, with regard to privacy and rehabilitation of offenders, as well as broader issues of open justice and access to justice.

Unless and until legislation is enacted to enable the hearing of case outside the traditional court environment, there is a risk that such hearings may be open to the challenge of failing to adhere to the principle of open justice and access to justice which have been widely held to underpin the rule of law. The enactment of such legislation would provide a proper avenue for scrutiny of these proposals, which they currently appear to lack.

Read the MOJ consultation paper, Fit for the future: transforming the Court and Tribunal Estate (pdf)

We will collect and add other responses to this consultation by way of updates to this post.

by Colt International Limited, via Flickr creative commons, reproduced with thanks.

The new Manchester Civil Justice Centre is the biggest court complex to be built in the UK since the Royal Courts of Justice in London, providing 47 courtrooms in a landmark 16-storey building, designed by architect Denton Corker Marshall as a very ‘green’ building.