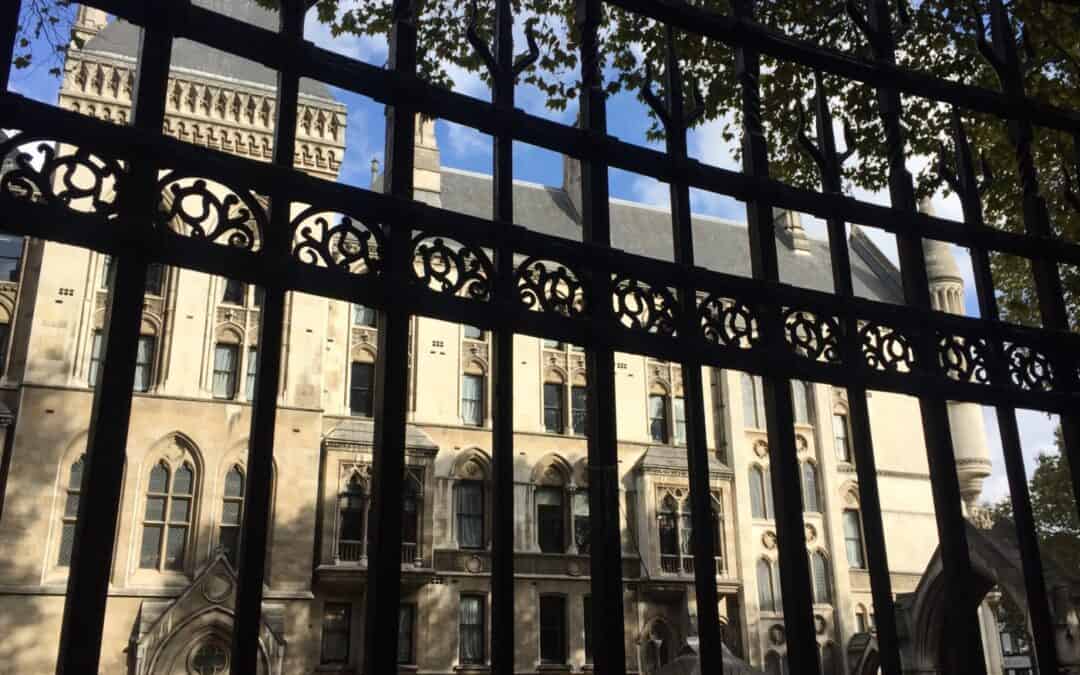 Can an English family court order the unlawful detention of a Welsh child?

This is a surprising question currently before the Supreme Court in a case called Re T. The order I’m referring to was one made in the High Court of England and Wales so my question is not entirely accurate – but the child (T) was from Wales and the courts are looking at English legislation and guidance. This is because the courts are considering the law about secure acommodtion of a child for welfare reasons (section 25 Children Act 1989 in England), the child having been placed in England as there was nowhere availble in Wales. There is an agreement between England and Wales that the English legislation starts to apply when this happens. The High Court judgment doesn’t seem to be on BAILII [EDITED 24 NOVEMBER: Now found: Please refer to foot of this page]. but there is a Court of Appeal judgment, Re T (A Child) [2018] EWCA Civ 2136.

By ‘unlawful’ I am not suggesting that the High Court judge, Mr Justice Mostyn, broke the law when he agreed to the application by Caerphilly County Borough Council to exercise the inherent jurisdiction of the High Court to authorise T being moved to a secure placement in London. It’s a matter of disagreement between various lawyers about the scope of the Children Act – T’s supporters are saying something different to the Department for Education (on behalf of government). The reason that the inherent jurisdiction was called on was that there was nowhere suitable for T that met the very stringent requirements of section 25 secure accommodation. That decision has now been challenged on behalf of T as an incorrect interpretation of the Children Act 1989. T’s lawyers say that courts can’t use the inherent jurisdiction to get round section 25.

However, these orders are being made all the time – last week Mr Justice MacDonald was in the news about a case from Lancashire where he was reluctantly agreeing to a non-section 25 placement. MacDonald J was looking at another aspect of ‘unlawful’ because he had no choice other than to agree to the child staying in an unregistered placement. As Joshua Rozenberg tweeted:

(a) that the child has a history of absconding and is likely to abscond from any other description of accommodation AND that if he absconds he is likely to suffer significant harm;

(b) that if he is kept in any other description of accommodation he is likely to injure himself or other persons.

While awaiting sight of the Supreme Court judgment, here is a brief rundown of the issues in Re T.

At the date of the High Court hearing in early 2018, T was a 15 year old girl with complex needs and was a danger to herself. The local authority believed she would only be safe if confined in her accommodation – that is, she would have to be deprived of her liberty. Nowhere was found in Wales and she was to be sent to a secure placement in London. The problem was that this was not registered as a children’s home and therefore section 25 could not be used. Although T agreed to go there, the local authority thought they needed to get court authorisation for her to be deprived of her liberty. This was granted by Mostyn J. She later moved to a registered children’s home.

There has been a great deal of consternation about the use of unregistered children’s homes – not just secure ones – including this report from the Children’s Commissioner for England.

T argued that because she was Gillick competent and gave consent to the placement, there was no need for a court order. There has been plenty of discussion about the need for court authorisation to depriving the liberty of teenagers who don’t have capacity to consent, around the Supreme Court judgment in Re D (A Child) (Rev2) [2019] UKSC 42. The question of the consent of a teenager with capacity had been considered by Mostyn J but the Court of Appeal disagreed with him and said that because section 25 does not require the child to give consent, T’s consent was irrelevant in a situation where the deprivation of liberty was equivalent to section 25 secure accommodation orders.

Concerns have continued to mount in the legal and social work professions for some time now about the drastic shortage of section 25 accomodation (for example in this case in Dorset). When T took her appeal further, extra issues were added for the Supreme Court to consider. Her lawyers argued (my paraphrase):

There are all sorts of implications to T’s arguments:

The hearing can be viewed on the Supreme Court website. There is an interesting moment when the barrister for the Secretary of State for Education, in her lengthy arguments that section 25 cannot be the only process whereby a child can be detained for welfare reasons, says ‘Parliament can never have envisaged that there would be no provision for these, some of our most vulnerable children’. Lady Black then observes ‘Perhaps Parliament envisaged that there would be sufficient section 25 accommodation provided for all these children.’

Nor can one imagine Parliament intending the court becoming the regulator; as described in Lancs CC v by MacDonald J:

There is a cost to placing the High Court in what is, essentially, a regulatory role as a result of the acute shortage of clinical provision for placement of children and adolescents requiring assessment and treatment for mental health issues within a restrictive clinical environment, of secure placements and of regulated placements described as in my previous judgment. These proceedings have now been before a Deputy High Court Judge on two occasions and before a Judge of the Division on four occasions, including this hearing. Within this context, it is sobering to examine the cost to date, in both money and time, consequent upon the unavailability for G of a secure placement or regulated non-secure placement. This is not in anyway to suggest that resources are being inappropriately deployed by those agencies concerned with G’s welfare, but rather to highlight the financial and wider resource consequences of the position reached in this case

Privatisation, the loss of community support services, cuts in funding to local authorities, structural tensions; neighbours’ objections to building new units … there is a plethora of factors contributing to the lack of section 25 places, with no obvious answer while judges’ pleas to government are ignored.

Image: Thanks to Barbara Rich