Brothers’ and sisters’ rights in care 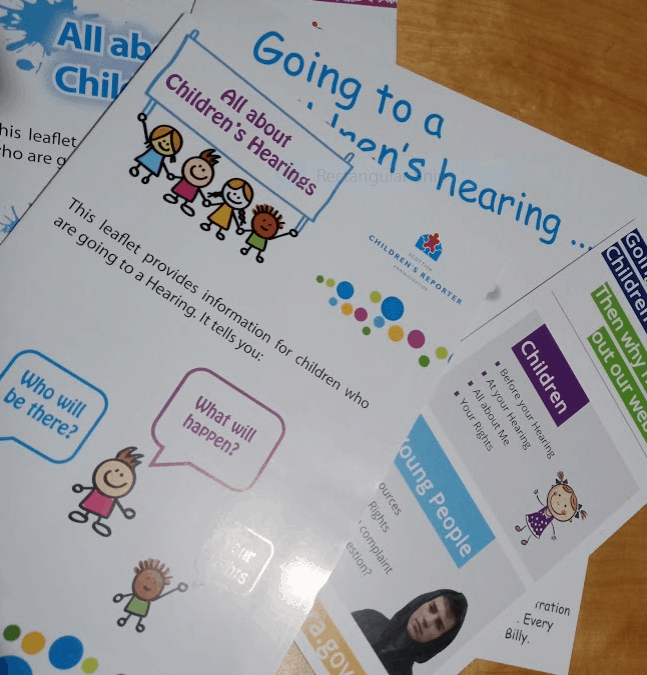 Many people believe that we do not pay enough attention to the rights of children in care to stay with, or at least stay in touch with, their brothers and sisters. Our relationships with our brothers and sisters can be the longest and most valuable in our lives but, for a range of reasons, these relationships can be disrupted when children are taken into care – or adopted – and are arguably overlooked by the law.

There are interesting developments in Scotland, with the establishment of Stand up for Siblings . I was lucky enough to hear an inspiring presentation by Dr Gillian Henderson from Stand up for Siblings at an event organised in Wales in July by Voices from Care Cymru. Although the Scottish legal system is very different to that in England and Wales, Dr Henderson’s input highlighted the common experiences for young people who want to maintain relationships, and those who are trying to support them.

Now, applications to be allowed to appeal two Scottish court decisions about contact are being considered by the UK Supreme Court. If these appeals do go ahead, it will be really interesting to see whether the eventual judgments might encourage similar human rights challenges by brothers and sisters here.

In ABC (AP) (Appellant) v Principal Reporter and another (Respondents) (Scotland) UKSC 2019/0063, ABC is the older brother of DEF, who is the subject of a Compulsory Supervision Order (similar to a care order under the Children Act 1989) made in September 2017 when ABC was 13 and DEF was seven. At two Children’s Hearings (court proceedings about children’s welfare), contact directions about ABC’s relationship with DEF restricted contact to a fortnightly meeting and a small amount of phone time. However, ABC was not ‘a relevant person’ for these hearings and had not been notified of them beforehand. Under section 81 a ‘relevant person’ for the purposes of a children’s hearing can attend and participate fully in respect of all decisions made by the hearing. ABC argued that the decision-making process for the hearings did not provide him with the protection required by Article 8 of the European Convention on Human Rights and that the interference with his family life with DEF was therefore unlawful. The Lord Ordinary (a judge in the Court of Session, Scotland’s highest court) did not accept that the decisions were unlawful, but considered it necessary to ‘read down’ section 81(3) of the 2011 Act. This is because section 3(1) of the Human Rights Act 1998 says: ‘So far as it is possible to do so, primary legislation and subordinate legislation must be read and given effect in a way which is compatible with the Convention rights.’

ABC is now seeking permission to appeal to the Supreme Court. His case is that a declaration of incompatibility should be made in respect of section 81(3) of the Children’s Hearings (Scotland) Act 2011. Or, alternatively, that section 81(3) does need to be read down so as to enable a sibling to become a ‘relevant person’. In other words, either the Scottish law is wrong because it doesn’t comply with Article 8 or it should be interpreted to include an older sibling like ABC in court proceedings if his younger sibling is going in to care.

In Re XY (AP) Appellant Scotland UKSC 2019 0063, XY is the adult brother of three younger sisters who are the subject of Compulsory Supervision Orders. XY had applied to be deemed a ‘relevant person’ but this was refused by a pre-hearing panel. He appealed to the Sheriff (a Scottish judge), arguing that the relevant legislation was incompatible with Article 6 (right to a fair trial) and 8 (right to respect for family life) of the ECHR. This appeal was dismissed, as was an appeal to the Court of Session, which relied on the reasoning in two earlier cases: ABC v Principal Reporter 2018 SLT 1281 (yes, the case above) and DM v Locality Reported SLT 1308. XY is asking for permission to appeal to the Supreme Court. His case is that the provisions of the Children’s Hearings (Scotland) Act 2011 violate Articles 6 and 8 of the ECHR such that they are not ‘law’ for the purposes of section 29 of the Scotland Act 1998 and that a declaration of incompatibility be made in respect of these provisions. At least one of XY’s sisters (we don’t know how old they are) has also appealed at a previous stage.

We will update this post when we hear whether or not the Supreme Court gives permission to appeal either of these cases.