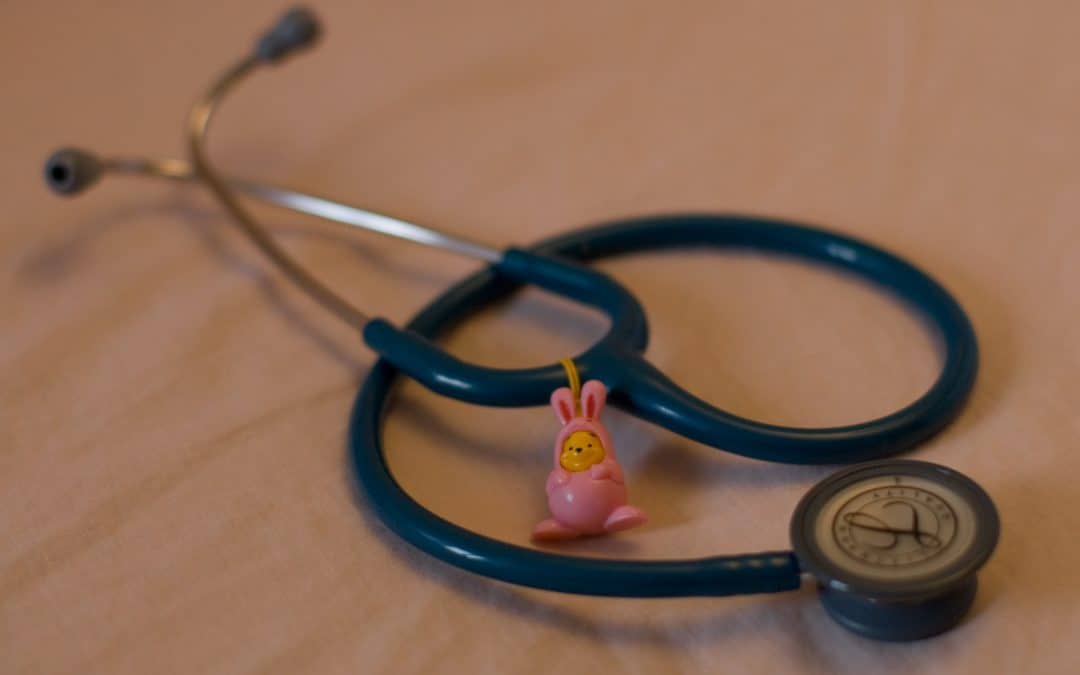 The Guardian reports there have been :

saying that “figures emerge as debate grows over merits of legal secrecy and high-profile public campaigns”. The Guardian says that the figures “highlight the fact that most cases involving disputed medical treatment are dealt with out of the public eye with a guardian appointed to represent the child’s best interests, independent of what the parents may want.”

A journalist / publicist who has been acting as PR for the Gard family is quoted from her website as saying this (as an apparent rationale for the approach in the Gard case) :

“With media coverage it would mean the story and ethics around it – surely in the public interest – would be in the public domain and not going ahead secretly behind closed doors,”

Others have commented as the litigation over Charlie’s life and death has drawn on and to its sad but inevitable conclusion, as to whether or not it was in either the public or the family’s interests for the publicity to be so widespread. Even Connie Yates was reported in the last round of hearings to be asking the judge for some privacy. But the question of whether the publicity in that case or the alleged secrecy in others like it is justified is a huge debate, and not the subject of this blog post. Those interested in that issue might wish to read Transparency Project member Barbara Rich’s tweet thread below and her blog post on Charlie’s case in which she discusses the publicist’s rationale quoted above in more detail (she is going to write an update on this blog soon so watch this space) :

Parents were advised by a publicist on their story

Back to what we are going to tackle in this post…

We are not the only ones to wonder about whether the headline really has any substance.

I suspect they may not be all "like Charlie Guard's" case. All that is said is that they are cases concerning disputed medical evidence, >

Yes. Sky News contacted me to ask how many cases like this come before the courts. I said I had no idea + doubted data was available.

What do the statistics cover?

Before we look at whether the suggestion that most cases “like Charlie’s” are dealt with out of the public eye and in secret is correct, we need to look at the statistics being quoted.

So, where does the figure of ten cases come from? According to the article it comes from Cafcass, and represents figures for just England (CAFCASS Cymru is the equivalent, but separate devolved body for Wales). It doesn’t seem to come from any published data on their website, so may be in response to a FOI or informal request. We’ve asked Cafcass to clarify the stats and their source. But at the moment we’ll go on the information available [UPDATE 16.11 1 Aug 17 : CAFCASS have replied and we’ve posted their response here : 10 cases like Charlie’s? Actually we’re not sure…].

@MyCafcass Hi, Can you tell us where we can find the stats referred to in this article please? https://t.co/HVmITPEtzL …

Whilst the headline refers to cases “like Charlie’s”, the article talks of cases “involving the disputed medical treatment of children” – which (as we explain below) is a somewhat broader category. Anyway, whatever the precise definition of this group of cases, Cafcass say they’ve dealt with ten of them so far this year, which seems to be (pro rata) about the same as last year.

To put this figure in context, there have been about 20,000 private law applications brought in the Family Court in England so far this year (see stats here). Each application may involve one child, or more than one child, but assuming the figure of 10 in the same period to be roughly accurate it is on any basis a tiny proportion of the work of the Family Courts.

It is worth saying that we don’t know anything at the moment about how CAFCASS log or gather these statistics (we suspect that they are not systematically recorded, and that any statistic CAFCASS have given is likely an estimate based on some proxy figure). We think it is possible that some applications for child arrangements orders / specific issue orders do in fact involve disputes about medical treatment which are not logged as such – we are thinking of cases which are less life and death than Charlie’s, and which are focused around disputes between two parents about what to do rather than a dispute between parents and medical professionals.

Cases involving “the disputed medical treatment of children” could include (and we assume in these statistics does include) :

We think most people would agree the first category are cases “like Charlie’s”. We’re not so sure people would agree about the rest. So we may not all be talking about the same thing, and in particular we don’t know what Cafcass were asked, how they interpreted it or how they hold stats to be able to reliably identify the numbers of cases of a particular sort. We can’t find any information on the Cafcass website that helps answer the question.

So how many cases “like Charlie’s ARE dealt with IN SECRET?

The short answer : None of them.

The more nuanced (and much longer) answer :

Cases of this sort, in keeping with other cases about the welfare of children, are usually heard in private. Charlie’s case is unusual in that respect – it was heard in open court and so anything said in court could be openly reported (apart from the identity of certain medics about which the court issued a reporting restriction and, later, the time and place of his removal to a hospice and extubation, discussed in private at the last hearing on 26 July 2017). But even when they are heard in private the press are entitled to attend, and judgments are often published – and so it is misleading of the Guardian to describe this sort of hearing as being subject to “legal secrecy”.

Sometimes cases of particular public interest are heard in open court, but usually on the basis that the family cannot be identified, so that they can maintain some privacy whilst the public are simultaneously able to understand what is happening. Charlie’s case is again unusual in this regard because the case was heard in open court AND without any restrictions on the identification of the family. This is most likely because Charlie’s name and picture were already associated with a fundraising campaign before the proceedings began, so anonymity was neither wanted nor practical. In a case with some similarities but where there was no fundraising campaign Mr Justice Baker dealt with the matter in as open a way as was possible, but the family’s identity has been protected (See GM case below).

We have looked at BAILII (an online repository of published judgments) to see how many cases involving the disputed medical treatment of children we could find for 2017. We could immediately think of a few that had been both published and had been covered in the media to a greater or lesser degree. Others had been published but not picked up on by the press. Here is what we found :

SK passed away in January 2017. Whilst there was some press reporting of this case at the time I gave judgment, I have delayed in publishing the judgment to avoid having to trouble the parents with the question of whether the judgment should be published and, if so, with the related question of anonymisation during what, I am certain, has been a very difficult time for the family.

We can’t verify how many of these 11 cases fall within that group of 10 identified by CAFCASS. It is possible that they haven’t counted some of these in their stats, and possible that there are others we haven’t found or that haven’t been published yet for reasons like those in the SK case, or in accordance with the wishes of the family/ child.

But what we can say is that it seems likely that a reasonable proportion of the cases of this sort are the subject of a published judgment, and that in some of them the press are either present or subsequently report the case. We think it is likely that there are a small number of cases being dealt with in the Family Court under the auspices of a Specific Issue Order (S8 Children Act 1989), rather than by the High Court under the Inherent Jurisdiction, and which may not end up published, particularly if they are dealt with by a lower tier of judge. We are not sure that Cafcass’ stats would pick these up.

If it turns out Cafcass is using a narrower definition than it appears from the article, for example that there are 10 cases so far this year of cases involving terminal illness / end of life care type issues, then the proportion of judgments published is not so great, but it is still likely to be the case that some judgments are pending for one reason or another, and that they will be published in due course. Unfortunately, we haven’t had the time to carry out a similar exercise for 2016 where any delay in publication should have a less pronounced effect on the matching of stats to judgments.

Sometimes parents ask for publicity, for example to be able to promote a campaign for funds, or to enhance public understanding of a medical condition (see for example the case of Effie Stillwell, which didn’t involve disputed medical treatment, but involved a child who suffered a brain bleed thought to have been inflicted, but ultimately found to be caused by a rare genetic disorder that the parents wanted to raise awareness of, which we covered here, here and here) or to highlight a miscarriage of justice. Many parents dealing with the removal, illness, or impending death of a much loved child would prefer to do so without being subjected to the unforgiving public commenting on their every move. Charlie Gard’s parents found themselves having to issue statements distancing themselves from the public remarks of so-say spokespersons made on their behalves and from threats made to medics at the hospital treating their son. They undoubtedly could have done without such added pressures at such a difficult time.

But whatever the “right” level of privacy / publicity is for each individual family, we don’t think it is fair to suggest that cases involving disputed medical treatment are being hidden away and dealt with  in the absence of scrutiny – although these cases often do involve overriding the parents wishes and beliefs about what is best for their child, the plan of a hospital or local authority is subject to scrutiny by a guardian, a judge (usually a high court judge) and the public via the press (if they choose to attend or to report), and via publication to the public in many instances.